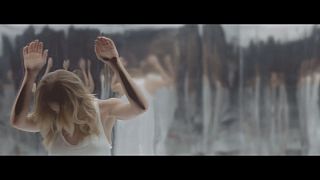 It’s all about love – that’s the message in Leann Rimes latest album.

“The whole album is about love and we take a look at it in so many different angles. From giving it, receiving it, making it, standing up for it. I think there’s a softness about it but there is also this balance of real power, inner power,” she explained.

She was just 13 when she hit the musical headlines with the release of the Bill Mack song ‘Blue’, her rich vocals instantly captivating country music lovers.

“This is a very healing record for me and I think it’s just growing up. I mean everybody has seen my evolution since the time I was 13-years-old, which is absolutely insane. None of my life has ever been private and I just think, yes I have learned so much and I am glad that I’ve gone through,” the singer explained.

In 2009 Rimes began a relationship with actor Eddie Cibrian after meeting on the set of a movie. Their romance ended both their marriages and also made them tabloid targets. The pair married in 2011. She wrote the song ‘Love Lines’ for her step sons.

“That song is very honest in the verses about kind of the struggles of that, step parenting. But of course is so powerful and it“s so uplifting. I just wanted them to know that’s how I felt,” she concluded.

The title of the album reflects how Rimes built herself back up after allowing herself to fall in a search for self-discovery, which resulted in her learning humanity and vulnerability.