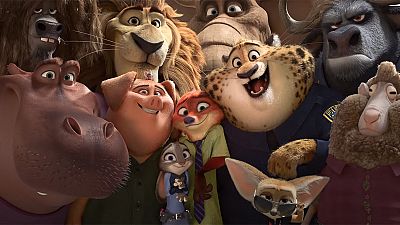 2016 the year of Disney! The Mouse House is a record breaker – the highest domestic box office in a year earning $ 2.45 billion dollars.

It doesn’t end there because by the end of the year the studio with its franchises could earn close to 7 billion dollars worldwide – another industry record.

Disney’s latest animation hit “Moana”, a film about a brave Polynesian girl on a mission to save her people, secured the top spot at the box office for the Mouse House.

Disney's “Moana” debuts to critical acclaim and box office success but its portrayal irks some in the Pacific. https://t.co/7CE8kROw7s

“Captain America” was another release to have the cash tills ringing making more than $1 billion internationally.

The film follows on from both ‘Avengers:Age of Ultron’ and ‘Captain America:The Winter Soldier’.

With Chris Evans returning in the title role in a face-off with Robert Downey Jr’s Iron Man, the Disney-Marvel’s franchise is showing plenty of traction worldwide.

Disney’s biggest hit before that movie was “Zootopia” released worldwide last March. It topped the one billion dollar box office mark in June.

In “Zootopia”, a fugitive con artist fox and a rookie bunny cop must work together to uncover a conspiracy. The conclusion – even natural enemies can become best friends.

The Pixar sequel to “Finding Nemo” – “Finding Dory” defied the odds by realising over $1 billion at the worldwide box office putting it in line to be the top industry earner of the year.

“Finding Dory” focuses on the amnesiac character Dory exploring her journey to be reunited with her family. The film takes place six months after the events of “Finding Nemo”.

A new version of an old classic is the movie“Jungle Book”. The original was released in 1967. Now the voices of stars like Ben Kingsley, Scarlett Johansson and Bill Murray bring the cast of animals and their antics to life.

Last year it was Universal which topped the earnings, the last 12 months have been modest by those standards.

But one animated movie was among the top ten. “The Secret Life of Pets”. The 3D computer-animated family comedy is based around a Manhattan apartment building, where dog Max has his life turned upside down after his owner brings home a large mongrel named Duke.

Warner Bros had their best hit of the year with “Batman v Superman: Dawn of Justice.” which earned over $873 million.

Fearing the actions of Superman are left unchecked, Batman takes on the man of steel, while the world wrestles with what kind of a hero it really needs.

Warner Brothers “Fantastic Beasts and Where To Find Them” topped the 650 million dollar mark. It was the first of five new films from “Harry Potter” author J.K. Rowling.

Set in 1926, the new movie centers on Eddie Redmayne’s Newt Scamander, an introverted ‘magizoologist’ who arrives in New York City with a case full of magical creatures that quickly escape.

“Deadpool” was the winning entry from 20th Century Fox. The American super anti-hero film based on the Marvel Comics character earned over 750 million dollars worldwide since it hit the silver screen last February.

It tells the story of former Special Forces agent turned mercenary Wade Wilson, who undergoes a rogue experiment to treat his cancer.

Coming in the final weeks of December is the eagerly anticipated “Rogue One: A Star Wars Story”, a prequel that
could cross the billion dollar mark mark for Walt Disney Studios. Incidentally they spent $4 billion to buy the franchise from Lucasfilm.

But the expectations for Rogue One are not quite as high as for “Star Wars: The Force Awakens” which made more than $2 billion worldwide.

Trump towers over the globe; many fear the shadow