January: It is likely to be a busy start to the year for Europhiles in Romania and Bulgaria: as soon as they finish celebrations to welcome in the new year, they begin toasting their decade as members of the European Union.

Matters will be more sombre in France, however, with two anniversaries marking terrorist attacks falling in January. First, on January 7, it will be two years since the Charlie Hebdo attacks in Paris, before a week later the six-month anniversary since the July 14 attacks in Nice. Later in the month France’s socialists will choose their candidate for presidential elections in April/May.

On the other side of the Atlantic, Donald Trump will be inaugurated on January 20 the following day one million women are set to march in Washington to oppose his election.

Other events include the Oscars shortlist being announced and the Africa Cup of Nations football tournament starting in Gabon. 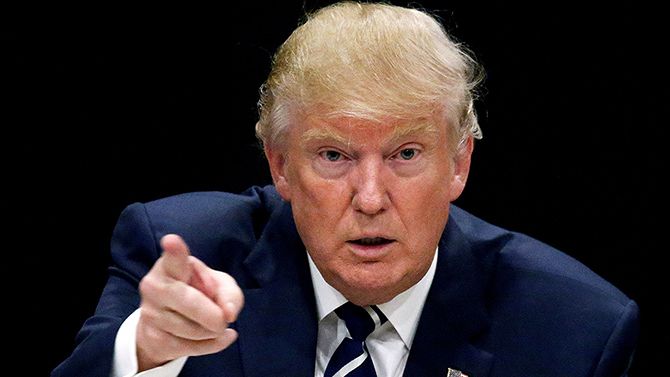 February: It’s a key month for the European Union, both symbolically and existentially. First EU leaders meet in Malta on February 3 to discuss the bloc’s future after Brexit, before events to mark 25 years the signing of the Maastricht Treaty, an agreement which paved the way for the EU and the Euro.

The film awards season comes to a climax with the Oscars on February 26, preceded by the Berlin International Film Festival in the middle of the month.

Elsewhere, Germany is set to elect its next president, there are key international awareness days for cancer and female genital mutilation and it will be three years since the Maidan protests in Ukraine. 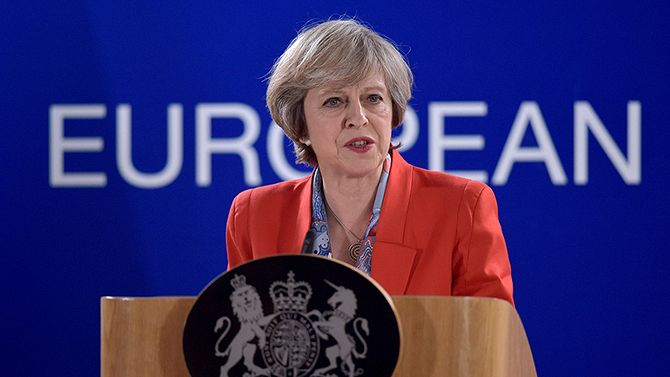 British PM Theresa May says the Brexit process will get underway by the end of March 2017.

March: Another key month is on the cards for the EU – British prime minister Theresa May has said she will trigger the two-year process for leaving the bloc by the end of March.

It’s likely to follow Brussels marking another key milestone in European integration: March 25 is 60 years since the Treaty of Rome, Maastricht’s predecessor.

The month also sees a century since the start of the first Russian revolution. Shortly afterwards, on the 18th, it’ll be three years since Russia formally signed the annexation of Crimea.

The Netherlands will hold parliamentary elections, while Germany’s burgeoning far-right party Alternative for Germany (AfD) will hope for further gains in a regional poll in Saarland.

There are also anniversaries to mark terrorist attacks in Brussels (2016) and Tunisia (2015), as well as the Germanwings crash in the French Alps (2015). 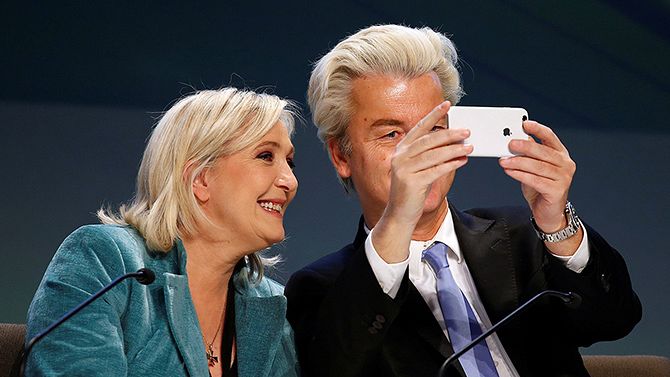 Far-right firebrands Marine Le Pen and Geert Wilders will be hoping to make a compact in respect elections in France and The Netherlands.

Greece is likely to come into focus this month as the 21st marks 50 years since a group of army officers seized power in a military coup.

Elsewhere, Hungary is likely to have a new president this month – current PM Viktor Orban has said it will not be him.

May: Local elections will take place in Britain at the beginning of the month, the first major polling since the country voted to leave the EU in June 2016.

Eyes will then switch to across the English Channel where voting will likely take place in the second round of the race to be the next French president.

There is set to be a presidential election in Iran on the 19th, followed by a G7 Summit in Sicily, likely to be Donald Trump’s first major foray onto the world stage as US president. 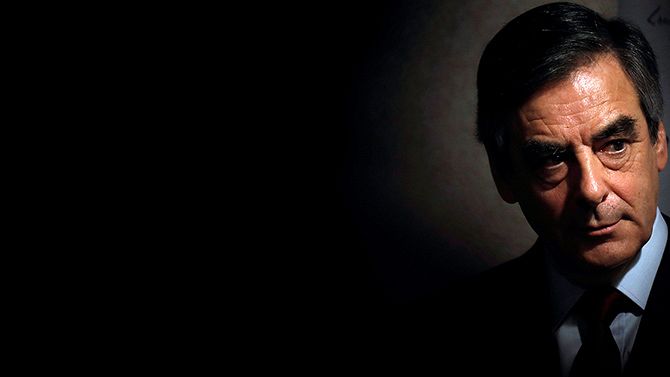 Thatcherite François Fillon is competing to be France’s next president.

June: Voted one of the best music albums of all time, June 1 marks half a century since The Beatles released Sgt Pepper’s Lonely Hearts Club Band.

It was also in this month a year ago that Britain voted to quit the EU (23) and the world mourned the death of Muhammad Ali (3).

Meanwhile in France if you hate politics then best to stay in hiding for a little while longer – the country has parliamentary elections planned this month, having likely elected a new president in May.

The month will also mark a year until Russia hosts the next football world cup, set to kick off on June 14, 2018. 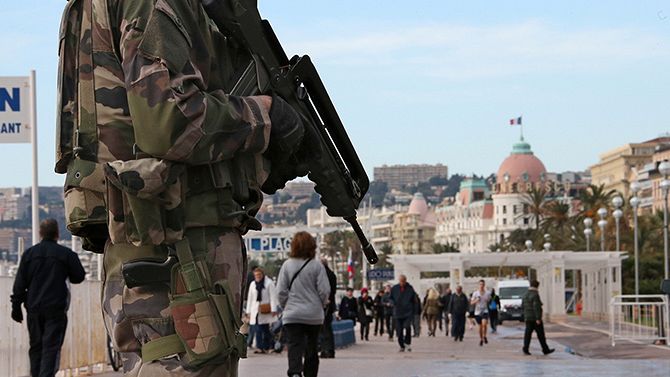 July will see the one-year anniversary since the terrorist attacks in Nice.

July: Staying with sport, the month gets underway with the Tour de France, which this year starts in Dusseldorf, Germany, followed by the World Swimming Championships in Budapest, Hungary, which begin on July 14.

Germany will not only be hosting the start of road cycling’s marquee event, it will also welcome world leaders to a G20 summit in Hamburg on July 7-8.

Elsewhere it’s 20 years since control of Hong Kong was handed over to the Chinese. It’s also a year since the Nice terrorist attacks and the failed coup in Turkey.

August: One of the highlights of the month is likely to be a solar eclipse on August 21, visible in full from the USA and partially from Europe.

August 31 marks two decades since Britain’s Princess Diana died after the car she was travelling in crashed in Paris. 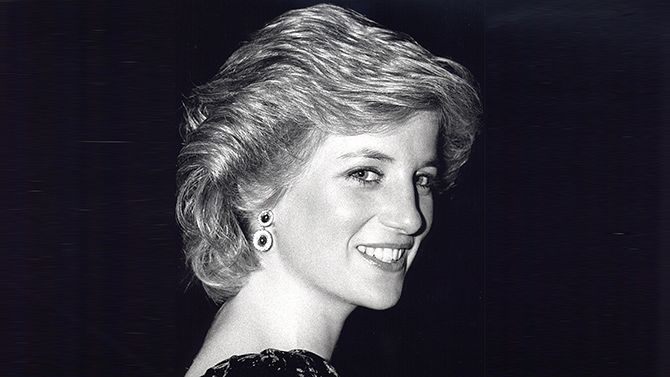 September: The International Olympic Committee is set to announce on the 13th who will get to host the 2024 Olympic Games, with Paris, Budapest and Los Angeles all in the running.

The month will also see a meeting of the UN’s General Assembly, at which climate change is likely to be one of the hot topics.

September could also be a key month for the future stability of the EU: federal elections are expected in Germany, with current chancellor Angela Merkel set to go for a fourth term. 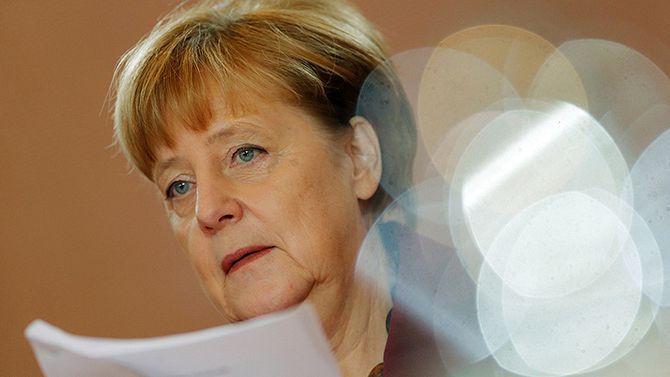 Merkel: going for a fourth term

October: Germany will celebrate its unification day on October 3, before parliamentary elections in Argentina towards the end of the month.

October also marks half a century since former US presidential hopeful John McCain was shot down during the Vietnam War, before spending five years as a prisoner in the infamous ‘Hanoi Hilton’. 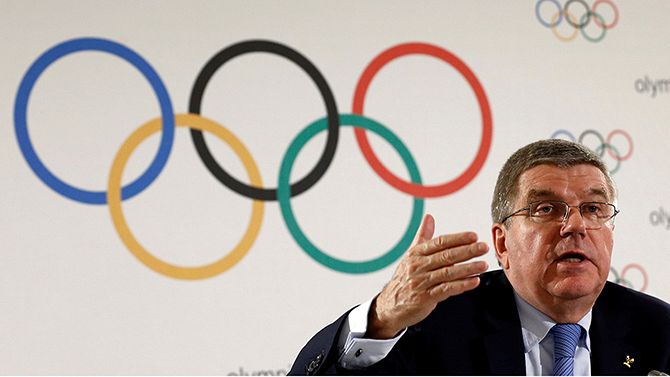 Who will be chosen to host the 2024 Olympics: Paris, Budapest or Los Angeles?

November: World leaders will descend on Bonn, Germany, to discuss progress towards tackling global warming at the 23rd session of the Conference of the Parties (COP 23) to the UN Convention on Climate Change.

December: The month will see the awarding of the Nobel Peace Prize and will also mark 50 years since the first heart transplant as well as the death of soul singer Otis Redding in a plane crash.