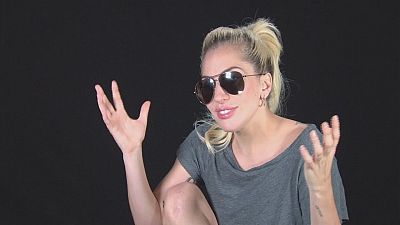 Lady Gaga is putting the final touches to her new album ‘Joanne’, out later this month.

I wanted to write songs that would speak to a woman or man that thought that they could never relate to someone like me, because that's what I think I miss the most in life - human connection.

The singer-songwriter says she was inspired by very personal issues for this album named after her aunt who died at the age of 19. Joanne is also Lady Gaga’s middle name.

“I wanted to write songs that would speak to a woman or man that thought that they could never relate to someone like me, because that’s what I think I miss the most in life – human connection. And I don’t think I’m alone in that. So this album is about that and it’s about how Joanne and the idea of her life and what she means to my family are giving me strength to go on this new journey with music,” says the artist.

Instead of playing huge arenas, Gaga has been premiering the album’s singles at intimate dive bars, as a nod to the raw Americana vibe of the new album and where she got her start.

Producer, DJ and musician Mark Ronson was one of many involved in the writing process, and even features in the video for new single ‘Perfect Illusion’.

“I sat with Mark Ronson, I remember one day he looked at me and he said ‘Okay you can write about anything, but what do you have to write about?’ And I thought really deeply about that and the song that arose out of that conversation was ‘Joanne’ and the lyric is ‘Girl where do you think you’re going, where do you think you’re going, girl?’,” says Lady Gaga. “This record was about me trying to understand my father, and his grief, it’s also a record about me trying to understand myself and wondering where I’m going next in life.”

Lady Gaga’s new album ‘Joanne’, which she describes as a crossover of musical genres like country, pop, funk, electronic and R&B, is out on October 21.