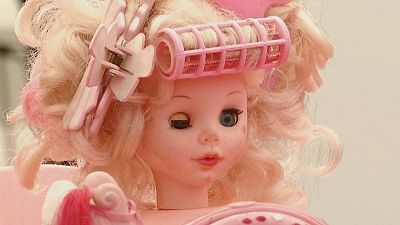 Paintings, sculptures, performances – more than 160 of the world’s leading galleries are showcasing their works at Frieze London, one of the most important contemporary art fairs in the world.

There are a lot of women exhibiting here this year. And that's very unusual because normally women are quite under-represented in the art world, not that a work of art is better because it's by a woman, but it's nice to see women being appreciated.

Mixing creations by both emerging and established talent, this edition has seen artists long marginalized because of race, gender or sexuality, gain market recognition. That’s particularly the case for women artists according to art critic Estelle Lovatt.

“There are a lot of women exhibiting here this year. And that’s very unusual because normally women are quite under-represented in the art world, not that a work of art is better because it’s by a woman, but it’s nice to see women being appreciated,” she says.

Another trend this year is a renewed emphasis on live performance art, sometimes in unusual venues. Julie Verhoeven ‘The Toilet Attendent… Now Wash for Hands’ is a fun, colourful and silly space for visitors to relieve themselves.

But there is a serious message behind the fun, says the artist: “In an art fair environment, there’s such ridiculous etiquette and extremes and people behave quite appallingly at times, I think, and I wanted to test that, really. Magnify a few things,” she explains.

Alongside the fair are Frieze Masters, for older art, and Frieze Sculpture.