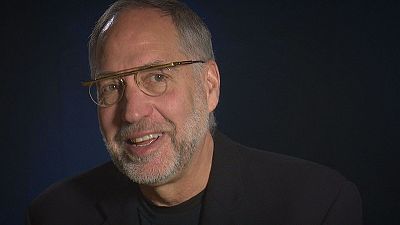 Stage director Phil McKinley talks about the major difference between opera and musical, as well as telling us about how the “West Side Story” project was first brought up, and the joys of working with Gustavo Dudamel and his musicians.

“In opera you’re singing the text; in the musical theatre world the actors speak the dialogue and when the emotions become too great, that they no longer can speak, they begin to sing, and when the emotion becomes too big for them to sing, they dance. And then, once the feeling is released through dance, we begin again, and another sing begins, and you then climb that mountain once more, where you go from speaking, to singing to dancing.”

Tonight is the opening of West Side Story for the Salzburg Festival. I cant wait to share the stage with everyone ❤️ pic.twitter.com/Uh5gtlKXgA

“Working at the Salzburg Festival, doing the first musical, is what scared me, but I’ll tell you how it happened, it’s a wonderful story. I met Cecilia… I came here to an opening, I met Cecilia and we were having lunch, and we were actually discussing a different project, we were talking about a concert project for her, and while we were talking about it I said ‘what would you like to do? What’s the piece you’d like to do?’, and she said ‘I’d love to do West Side Story but I’ve never found a director who wants to direct.’ And I said ‘Well, you just did!’ and that was it.”

“Having Maestro Dudamel with his orchestra is a rare gift that you seldom, seldom ever receive in the musical theatre world. Not only the fact that you have forty-five musicians, but these musicians, there’s something special, and I think it’s because of their background, because they came through the youth orchestras, but when they play this music it’s rich in their soul.”