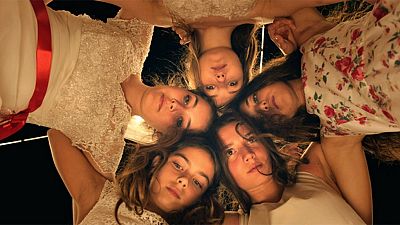 The films chosen for the Best Foreign Language Oscar only represent a tiny sample from world cinema. Every year the American Academy gets candidates from nearly 100 nations; only five are chosen.

Obviously many good movies pass by unnoticed, but those that do make the cut are worth seeing.

Let’s start with one of the hot favourites, “Son of Saul” by Hungarian director Laszlo Nemes.

Saul is a prisoner in Auschwitz, saved from death to be a sonderkommando, clearing the remains of the dead from the ovens. One day he thinks he sees the body of his son, and the scrap of dignity that remains inside him drives Saul to seek a decent burial for him, by any means.

Nemes chooses to evoke horror with the use of sound, rather than shock images.

Another heavyweight candidate for the Foreign Language Oscar is also another first film; “Mustang” reveals the inner lives of five inseparable teen queens cooped up at home yet thirsting for life.

Mustang’s girls are orphans, living in a small Turkish village. On the last day of school they innocently join a group of boys on a beach, but a neighbour sees them and starts a scandal, accusing the girls of behaving like prostitutes. Their uncle forces them to go to hospital for a virginity test, and then locks them up at home.

Much of the film’s power comes from the five young actresses employed by Franco-Turkish director Deniz Gamze Ergüven.

For the first time Jordan has a film in competition. “Theeb” is a survival and vengeance story seen through the eyes of a Bedouin child.

In 1916 at the height of the First World War, Theeb, a young Bedouin boy living in the Ottaman province of Hijaz, decides to go with a British soldier into the Jordanian desert. It is a highly dangerous enterprise.

The desert crawls with mercenaries and rebels. To survive Theeb has to take tough decisions and leave his childhood behind.

The Embrace of the Serpent

“The Embrace of the Serpent” from Colombia takes the audience into the heart of the Amazon to show the clash of two worlds, native and western.

Director Ciro Guerra’s hero is a solitary shaman who, after his people disappear, loses his memories and his culture.

One day he meets an American ethnobotanist looking for a mysterious hallucinogenic plant that unlocks the power to dream. Their journey reveals the last traces of a disappearing world, and raises some disturbing questions for humanity.

In conclusion Denmark has a powerful contestant for the Oscar in the shape of a movie on the absurdity of war.

Captain Pedersen leads a mission determined to help rebuild Afghanistan. Back in Denmark his wife cares for their three children. One day Pedersen orders a bombardment of a zone to save a soldier’s life, but 11 women and children are killed.

The captain returns to Denmark to face a court-martial, where he is accused of a war crime. Will the theme of “A War” enthuse the members of the Academy?

That’s it for this special Cinema Box dedicated to the Oscar hopefuls. Don’t forget our Oscars 2016 web page where we review most of the movies in competition. See you soon.