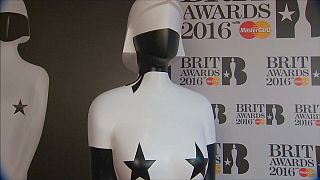 Adele leads the 2016 Brit Awards nominations with four nods including the coveted Album of the Year for her multi-million selling album ‘25’. She is also shortlisted for British Female Solo Artist, British Single and British Artist Video for ‘Hello’.

The star is also the favourite to pick up the Brit’s Global Success Award – ‘25’ broke previous records when it sold 2.5 million copies in the UK in its first six weeks.

In the British Female Solo Artist category, Adele is up against Jess Glynne, Laura Marling, Florence Welch of Florence and the Machine, and late singer Amy Winehouse.
Glynne, who is also nominated for British Breakthrough Act and British Single, can’t believe she’s up against Adele: “She’s amazing and she’s taken over the world and to me it’s like, there’s no competition. I’m really happy to just be nominated,” she said.

Among the favourites is British electro pop band Years & Years which has also received four nominations including British Group, British Breakthrough, British Single and British Artist Video of the Year.

“I’m just amazed, I don’t know what to say… It’s such a big deal, growing up in the UK, always watching the Brits so… We might never come again,” said the band’s singer Olly Alexander.

Twenty-four year-old singer-songwriter James Bay also received four nominations including British Album for ‘Chaos and the Calm’ and British Single for ‘Hold Back the River’.

And Coldplay could make Brit Awards history if they pick up a fourth British Group or Album of the Year Award. The band will be playing at the ceremony at London’s O2 on 24 February, along with Adele, Justin Bieber and Eagles of Death Metal, the band that was on stage when the Bataclan concert hall in Paris was attacked in November. They are up for the Best International Group gong alongside Irish veterans U2.

There will also be a special tribute to British icon David Bowie who died on 10th January.