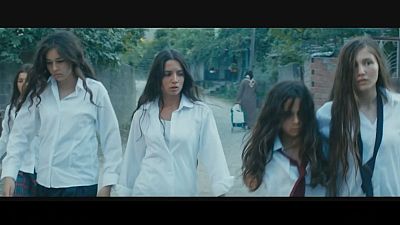 ‘Mustang’ is an ode to freedom that denounces a society dominated by an ultra-conservative morality.

A scandalized neighbour reports them to their grandma, who accuses them of acting like whores. The girls are subjected to virginity tests and locked inside their own home for the rest of the summer.

In intimate, sun-soaked scenes, Turkish director Deniz Gamze Ergüven shows the girls’ taste for life and fun despite their imprisonment.

This is where the film’s strength lies: the director’s portrayal of five teenagers as emancipated girls with healthy desires, warped only by other people’s interpretations.

The young actresses’ pitch-perfect performances, both individually and as a unit, are perfect vessels for the film’s message.

Fiery, sensual and powerful like the horse it is named after, ‘Mustang’ is a promising debut feature.