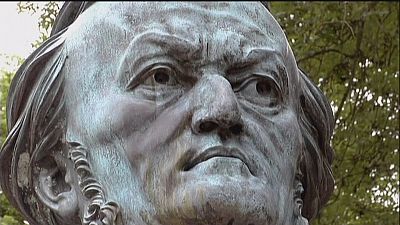 Injecting a little drama into the summer months, the prestigious Wagner Opera Festival in the German city of Bayreuth is in full swing.

One of the hottest tickets in the world of opera, German Chancellor Angela Merkel was among the guests for the opening performance of “Tristan and Isolde”.

“You have to hold out for a very long time – you have sing very lyrically and then later on you have to sing with the power of a heroic tenor,” explained Gould.

The festival has been under the Wagner family’s control since it was first staged in 1896.

This year a total of 60,000 tickets were sold for the festival which will run until 28 August. But tickets are hard to come by, waiting lists of 14 years are not unknown for some productions.

Macerata (MACHERATA), located just a few miles from the Adriatic coast is host to one of the oldest opera festival’s in Italy.

This year a re-working of Giuseppe Verdi’s Rigoletto opened the proceedings of the summer music event.

The open-air theatre was sold-out for the Tarantino-esque re-telling of the popular piece by director Federico Grazzini.

The season focuses on a traditional programme of Italian operas including Puccini’s La Boheme and runs until August 9.