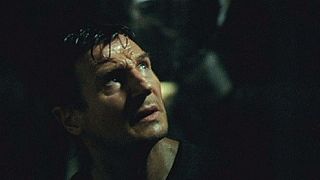 Liam Neeson is back in a third Taken movie. The first two outings of the franchise have been hugely successful, as he himself explained: “There’s this guy Bryan Mills who to all intents and purposes is a regular Joe who idolizes his daughter and is still very much in love with his ex-wife, and is a real believer in the family unit. And then that family unit is put in danger, and this guy just turns into a killing machine and I think people genuinely get off on that. They really really like it.”

Director Olivier Megaton says that balancing the emotional side of the story with the drama was a juggling act: “Everybody says action is difficult. Sure it’s difficult because it’s a lot of resources, a lot of people and so on, but when have whatever you want, in terms of location, you know from the beginning what it’s going to be. For the emotion it’s exactly the contrary. You don’t know anything. You just arrive in the morning and you pray that everybody is in a good mood.”

Taken 3 will be released in the UK on 8th January.