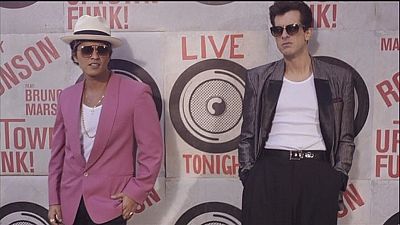 Mark Ronson has produced tracks for Amy Winehouse, Christina Aguilera, Lily Allen, Estelle, and many others. Now, he’s hitting the charts with his own songs and Runaway Funk, with Bruno Mars, has hit the number 1 slot in the UK.

But success hasn’t gone to his head: “I’ve never had anything like nearly this level of success with a song with my name on it to it,” he said. “And I know of course it has so much to do with Bruno. It’s like even if the record was garbage, it’s Bruno Mars, so you’re guaranteed a certain level of attention, right?”

The track Uptown Funk is available now, and the album, Uptown Special, will be in UK shops on 25th January.