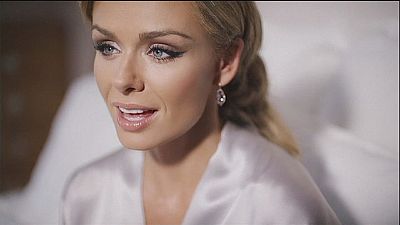 Katherine Jenkins has released her tenth studio album, “Home Sweet Home”, and says that making it felt like coming home: “I don’t ever want to repeat the same album and I try different genres, bringing them into classical music. But I realized I wanted to go back to my roots and go back to the classical style of the first two albums. I’ve also gone back to my record company that signed me when I was a 23-year-old school teacher so I’m back with the original team so it feels like a full circle.”

But if she’s gone back to her roots in some senses, in others she has branched out afresh: “Well, singing in Welsh obviously comes naturally,” she said. “But I do love to sing in Italian and French and on this album, there’s also German and Latin. There’s even some Mandarin, which I had to learn for the first time to learn a song. I’ve been going to China to sing a few times recently and this is sort of an anthem to people in China, so getting the Mandarin right was a nightmare. It’s a very hard language and I was singing it to any taxi driver or anybody who would listen to me while I was in China, just hoping that I wasn’t swearing or repeating my shopping list by mistake!”

“Home Sweet Home” is out on 27th January.