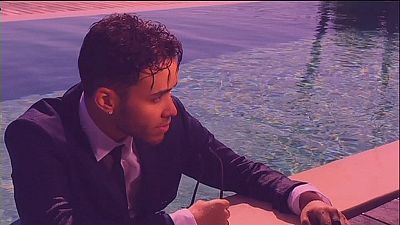 Now he is moving mainstream, away from his Latin American roots, to produce his first collection in English.

The artist describes the sound he is trying to achieve: “It’s a fusion of urban, it’s a fusion of RnB, it’s pop, it has some Spanish. I’m singing in English, but the rhythm is very tropical, very Latin so it’s definitely everything I grew up listening to.”

“Stuck on a feeling” the first offering from the work features Snoop Dog.

Despite his success he still a little nervous about his new direction: “I know it’s difficult coming from the Latin market and jumping into a whole other world. It’s a whole other world to me. When I’m in the studio recording in English, it’s like another Prince Royce, so it’s definitely fun. So definitely it’s been fun jumping into new shoes and trying out a new me. Not a new me because it’s always been there, but a new me that my core fans have never heard before,” he said.

The new album will see the light of day early in the new year.