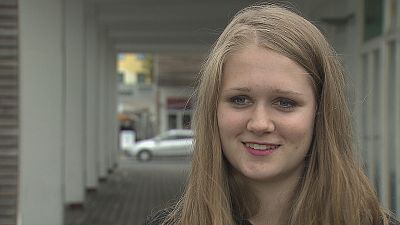 Ida Sandvik Knudsen is a survivor of the Utøya massacre, in Norway, where Ander Behring Breivik killed 77 people in a gun and bomb attack last summer. Afterwards he justified what he had done saying he was protecting Norway from ‘Muslim invasion’.

Ida is one of 35 youngsters who participated in a 10-day seminar on ‘Democracy and Tolerance’ in Berlin. The participants came from seven different countries: Greece, Belgium, Norway, Luxembourg, Germany, Bosnia-Herzegovina and Armenia.

Ida, a youth leader for the Labour Party from Baerum, said that during the massacre she “grew up in one hour,” adding: “With my experience in Utøya, I learned about tolerance. People have different religions and cultures, it is very important, you can’t believe that everyone has to be the same as you.

“There should not be a school with only Chinese or Muslims, there should be mixture. This little programme can make so much difference, even though it is only 35 people, we learn so much about each other’s culture”.

To see the full interview click on the video link