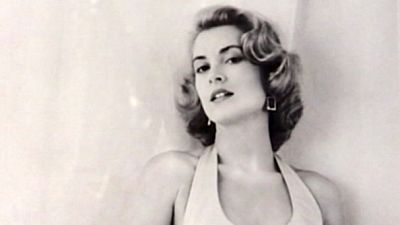 Charlene Wittstock will lay her bouquet of flowers after the religious marriage ceremony with Prince Albert II at the church of Sainte Dévote according to tradition. Before her, Grace Kelly also made the same offering.

Dévote has a special place in the principality’s history. The young martyr from Corsica has been the patron saint of Monaco for four centuries.

euronews’ correspondent in Monaco for the wedding Laurence Alexandrowicz reports that “In more than seven centuries of history, the Grimaldi family has always been associated with women who stood out from the rest. But among the Monégasques and the tourists, there’s one who eclipses all the others.”

And that is Grace Kelly.

She married Prince Rainer in April 1956. The favourite actress of Alfred Hitchcock left America and the big screen behind for Monaco. She attracted the jet-set, and became the jewel of the principality. Her untimely death in 1982 in a car crash in the hills of Monaco left her subjects shattered.

She might share the blonde hair and beauty, but Charlene does not want to be compared to the mother-in-law she never knew.