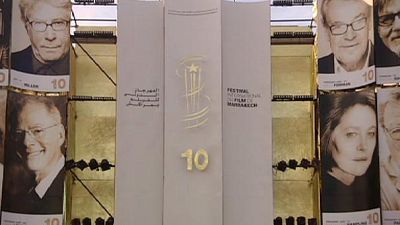 Getting underway in glorious sunshine, the Marrakech International Film Festival is celebrating its 10th anniversary.

Hours before the screening of the opening film, movie-goers lined up to get the best seats in the house.

Out of competition, Malcolm Venville’s “Henry’s Crime” stars Keanu Reaves and James Caan. The romantic comedy tells the story of a man wrongly jailed for robbing a bank who ends up deciding to do just that.

A total of 15 films are in the international competition in Morocco, regularly used as a location by Hollywood studios.

Our reporter at Marrakech, Wolfgang Spindler, says the festival features a rich retrospective of French cinema and the international competition programme is impeccable.

There will be more about the festival on euronews, every day.