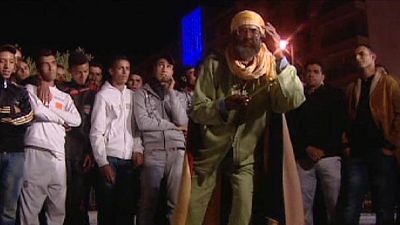 The Marrakesh film festival is not all about red carpets and glitzy ‘A’ list stars, although there are plenty of them for ordinary Moroccans to come and stare at.

The exclusive screenings and party events are not open to all. But this is Africa, and with typical ingenuity and a nod to the Griot tradition, that can be overcome.

“Of course there plenty of screenings and plenty of seats in the cinemas. There are also free screenings at the historic Place Jemaa El Fna in the city centre, but for those who can’t get to see anything at all, they can always listen to a movie,” says euronews’ Culture Editor Wolfgang Spindler.

Mohamed Bariz is getting round the problem with a technique that is as old as Africa itself, spreading the word orally. A professional narrator since childhood, he watches a movie a day, and then goes to tell the story in the square.

Mohamed failed at school, after which his father told him to get a job and be independent. He learned from a griot master, and then took over from him aged 10. Now 40, his audiences are rapt, and hang on his every word.

Morocco under the lens of young film-makers