US unemployment reached its highest level since records began in 1948 with 20.5 million jobs lost in April, official figures show

**Paris and three northeastern regions will have stricter rules than the rest of France on May 11 when the first restrictions are lifted, ministers have announced

**WHO warned that between 83,000 and 190,000 could die from COVID-19 across the African continent this year if containment measures fail.

Belarus, Kazakhstan, Russia and Ukraine seeing an increase in cases, says WHO

That's it from our live blog today.

She said: "Today may seem hard that we cannot mark the special anniversary as we would wish.

"Instead, we remember from our homes and from our doorsteps. But our streets are not empty.

"They are filled with the love and the care that we have for each other.

"And when I look at our country today, and see what we are willing to do - protect and support one another - I say with pride that we are still a nation those brave soldiers, sailors and airmen would recognise and admire." 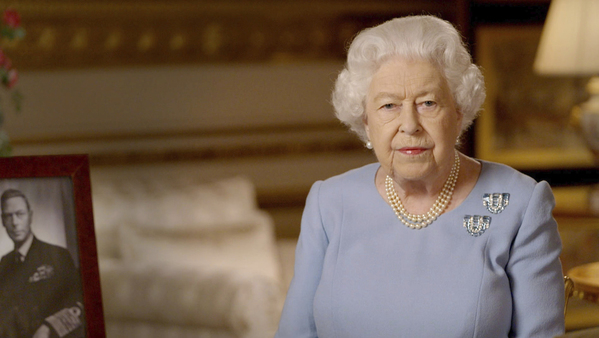 Protesters rode their bikes around the capital to protest for a third week in a row against the country's centre-right government.

The demonstrations were sparked after alleged political pressure was revealed during the purchasing of protective equipment during the coronavirus pandemic.

Many of the protesters on Friday wore masks as they undertook the march.
21:28

A total of 48 people in Turkey died after testing positive for COVID-19 in the last 24 hours, which is the country's lowest daily death toll in over a month.
20:40

A further 243 people have died from COVID-19 in France over the previous 24 hours, authorities have just announced.
The country's death toll from the pandemic now stands at 26,230.
18:37

The Commission invited members of the Schengen area to extended restrictions on all non-essential travel to the EU for another 30 days, until 15 June.
"While some EU and Schengen Associated States are taking preliminary steps towards easing the measures for fighting the spread of the pandemic, the situation remains fragile both in Europe and worldwide," the Commission said in a statement.
"This calls for continued measures at the external borders to reduce the risk of the disease spreading through travel to the EU," it added.