That is the concept behind 'Plan Einstein', an innovative programme in the Netherlands in which refugees rebuild their lives at the very heart of the local community.

In the Overvecht district of Utrecht, nearly 400 refugees and asylum seekers, of some 170 nationalities, live in the same buildings as dozens of Dutch young people.

Refugees and locals alike have access to a training and coaching structure, supported by the European Union Cohesion Fund, and located just in front of the asylum centre.

Living at the asylum centre, she is learning at 'Plan Einstein' where she meets people from the area. She says it has changed her life.

"We are new to everything and we are communicating with the neighbourhood directly, so we feel like we are neighbours, not like we are refugees," she said.

With language classes, entrepreneurship and coaching on offer, the scheme helps asylum seekers learn skills for the future, whether they end up staying in the Netherlands or moving on. And with integration key, local residents can get to know the new arrivals, while taking classes for their own future, too.

"The course that I followed here, entrepreneurship, made me come into contact with the refugees and for the first moment I was thinking: 'Oh what's that going to be? But I was very surprised," said Overvecht resident, Johan Van Doorn.

"They are very nice people. And I have some friends among them now."

There are many success stories thanks to 'Plan Einstein.' Johan has started his own business and Dema will start university in September, making her dream a reality by studying international law. 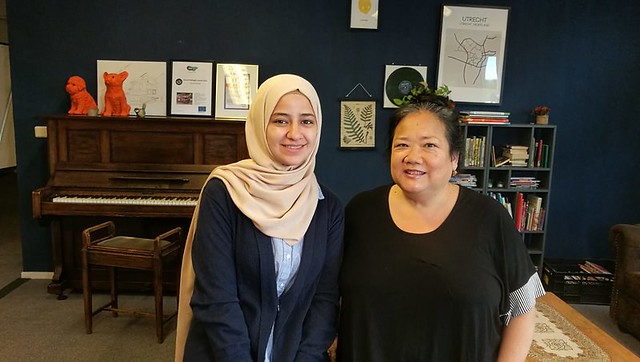