Police have ended an operation on London’s busiest shopping street after finding no evidence of any shots being fired or casualties.

The Met Police said they were called to the area at around 4.38pm GMT after receiving “numerous 999 calls reporting shots fired in a number of locations” on Oxford Street and at Oxford Circus tube station.

Officers responded “as if the incident was terrorism” but found no evidence of shots fired, suspects or casualties. 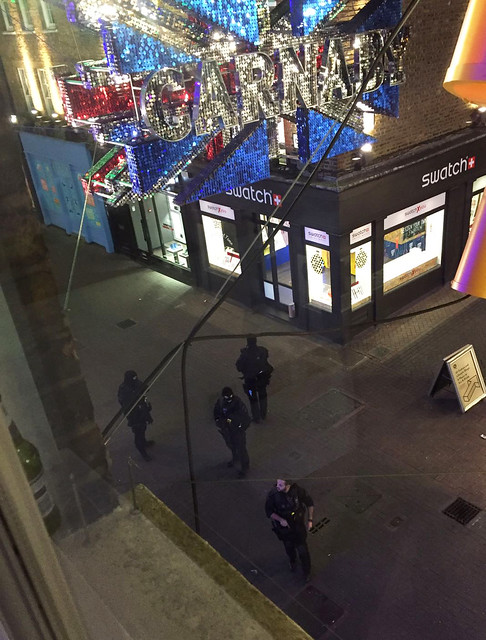 The British Transport Police said it had received one report of a woman sustaining a minor injury when leaving the station.

Oxford Circus and Bond Street stations were briefly closed while police investigated the incident, and people were advised to avoid the area or take shelter nearby.

The stations were re-opened by 6pm GMT and people seeking shelter were told they were free to leave.

Police said additional officers would remain on duty to “reassure the public”.

Additional officers remain on duty in the West End to reassure the public. We thank the public for their patience and assistance during our response. If you see anything suspicious dial 999 immediately #OxfordStreet

See how the events unfolded here: