Heartbreaking images of Americans uniting in memory of the shooter’s victims emerged from Nevada. Catalonia’s referendum brought photos of police clashing with voters, and thousands of people taking to the streets to protest the violence.

Photographers also captured British Prime Minister Theresa May’s mishap-ridden address at the annual Conservative Party Conference. Incidents included May coughing her way through the speech, being interrupted by a prankster who handed her a P45 form, which employees receive in the UK when they leave their job, and letters of the party slogan falling down behind her as she was speaking.

Images of US President Donald Trump tossing paper towels at people in Puerto Rico, who recently suffered the effects of a hurricane, were not well received by many, including the mayor of San Juan.

Check these and many other highlights of the week in the gallery of images selected for you this week. Navigate the gallery by hovering over and clicking the arrows at the edge. 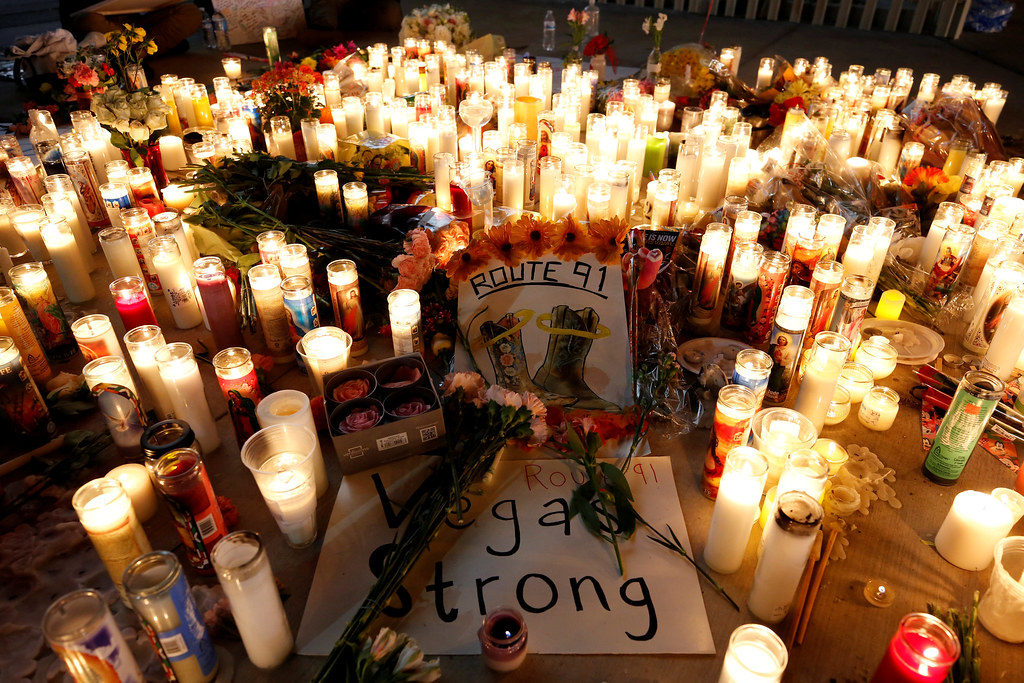