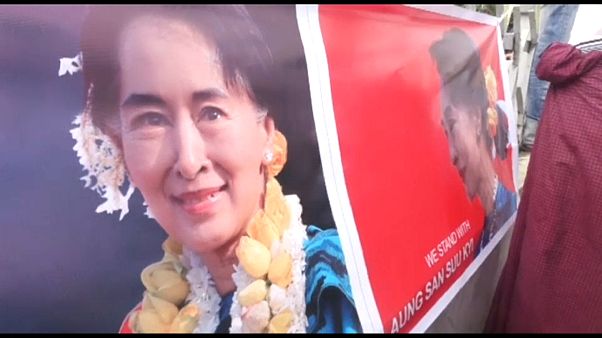 They watched outdoor screens as Suu Kyi – who has drawn international criticism for her failure to deal with the crisis – made what some were calling the most important speech of her political career, hundreds of kilometres away in the capital Naypyitaw.

Holding photos, posters and banners emblazoned with supportive slogans, the crowd watched her speak to diplomats and other representatives from the international community about the crisis in Rakhine state.

The crisis has seen villages burned down and more than 400,000 Rohingya Muslim refugees cross the border into Bangladesh.

Thousands of Rakhine Buddhists have also fled their homes, though their numbers are a fraction of the Rohingya Muslims displaced.