“Long live San Fermin!” yelled a young woman from the balcony of the Pamplona Town Hall, in both Spanish and the Basque language.

With those words, and the firing of the traditional Chupinazo firecracker, Pamplona kicked off its week-long San Fermin festival of bull runs and bull fighting on Thursday. 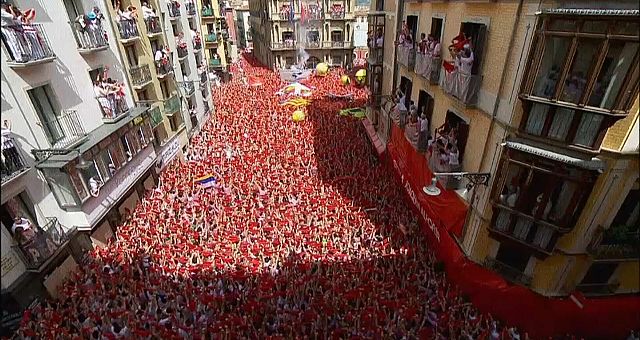 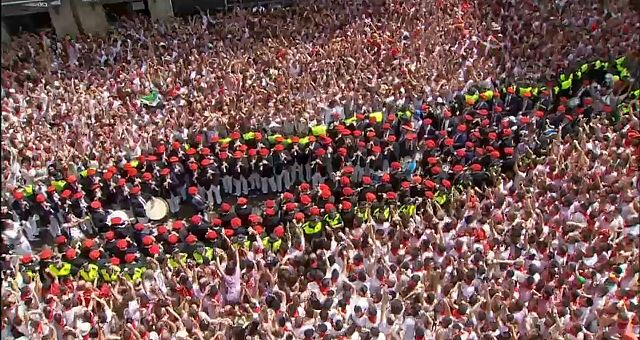 In a controversial move, the Basque and Spanish flags also flew above the town hall, which is governed by a party that backs independence for the neighbouring Basque country.

It is not the first year the flag issue has caused controversy. Madrid threatened legal action in 2015 when the Basque flag flew over the San Fermin celebrations. 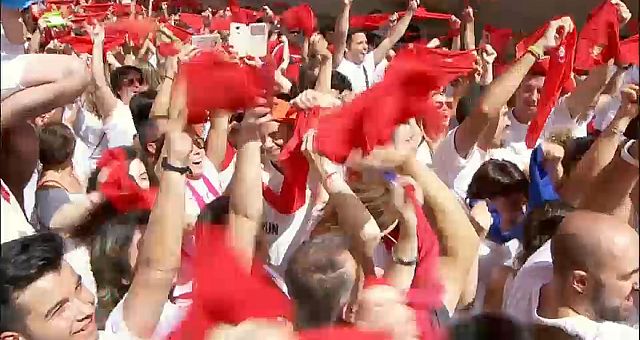 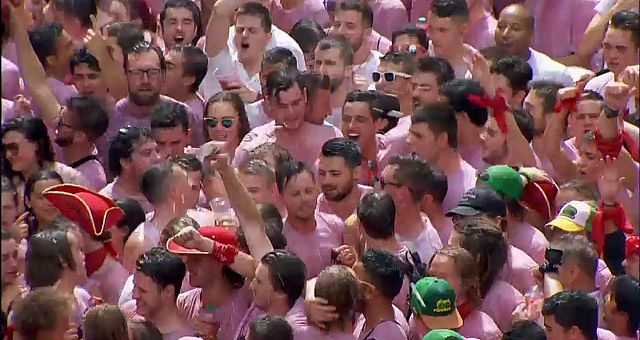 But on Thursday the focus was on the celebration, keeping up the tradition of revellers waving red handkerchiefs and spraying each other with wine.

And as another festival opens, debate goes on among animal rights activists and supporters of bullfighting traditions.

Naked protest ahead of Pamplona’s running of the bulls. Cruel say activists; hands off our tradition say supporters https://t.co/us8W2iD3xhpic.twitter.com/9CtbBrsklA