Former Panamanian dictator Manuel Noriega has died at the age of 83 following brain surgery this year.

Noriega, who ruled Panama from 1983 to 1989, spied for the CIA until the United States invaded and toppled his corrupt government, ending a criminal career that saw him working with drug traffickers such as Pablo Escobar.

President Juan Carlos Varela announced Noriega’s death on Twitter late on Monday, and said his passing marked the closing of a chapter in the Central American country’s history. He said Noriega’s family should have the right to bury the former leader in peace.

Breaking News: Manuel Noriega is dead at 83. The brash Panamanian dictator was ousted in a U.S. invasion in 1989.https://t.co/aY5UAzBPao

The 1989 invasion ordered by President George H.W. Bush brought an end to Noriega’s career of money-laundering and cocaine smuggling.

He was initially sentenced in the United States in 1992 but was in custody for murder in Panama when he died.

Noriega had surgery in March to remove a brain tumour, having been let out of prison under house arrest in January because of ill health. But he suffered a haemorrhage and had been in a coma.

A Panamanian government official, speaking on condition of anonymity, said Noriega died at around 11 p.m. local time in a Panama City hospital after his condition suddenly worsened. 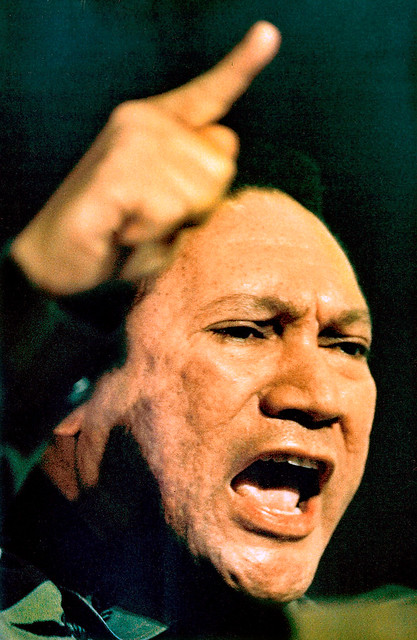