The border crossing between Gibraltar and La Linea, the closest Spanish town to the Rock, epitomises the relationship between Spain and the United Kingdom, even more so since the advent of ‘Brexit’.

Tensions have escalated and the tone of public statements has worsened between those negotiating exactly how the UK will leave the EU. Among the fiercest critics of the situation is Manuel Triano, Secretary of the Spanish trade union ‘Comisiones Obreras’ in the Campo de Gibraltar (the Spanish region next to the Rock) and current president of the Cross Border Group (CBG), consisting of workers’ and employers’ organisations from both sides.

“The Gibraltar issue has been very tempting for some people chasing their five minutes of fame,” he says, referring to statements like those uttered by some British Conservatives who have evoked the Falklands War.

Triano points out that the Cross Border Group has come up with a dialogue agenda for all political, institutional, and governmental representatives who will influence the rounds of talks on the British “political divorce” to address the specific concerns of Gibraltar.

The CBG will also appeal to the EU about the queues at the border crossing point, which have drawn both social and commercial complaints with drivers having to wait for up to two hours in order to cross the border in recent days.

Faced with this situation, Triano said that “what is happening is that they are taking hostage thousands of workers and companies, which, as a result, has a very negative impact on the economies of Gibraltar, La Linea, and the region”.

Uncertainty at the border

According to data from the Gibraltar Government, of the 12,000 frontier workers on the Rock, 7,400 are Spanish, with the remainder made up of European and extra-EU nationalities.

Since Friday (April 7), cross border workers and other citizens have been affected by the implementation of the new Schengen Border Code. This new legislation is not related to Brexit but was proposed after the Paris bombings in 2015.

“I got in without any problem,” commented one woman who had just arrived in Gibraltar, while another citizen insists that she “waited a lot” for her documents to be checked at Spanish Customs.

In the bustling Main Street, the commercial artery of the city, a Gibraltarian couple felt uncomfortable when being asked about the new European decree (nuevo decreto) and Brexit. “Sorry, we really do not like talking about this,” they told us.

Another Gibraltarian, however, vented his frustration at the slowing flow of the border traffic and the offer of co-sovereignty proposed by the Spanish government. “I am against those queues at the border because they cannot force us to change. We are not against Spain, we are against the attitude they adopt towards us,” he says.

The long queues came days before this regulation came into effect. “It seems that we are the problem,” said a Spanish worker on Thursday.

That same day, another woman pointed to a growing line of pedestrians forming around six o’clock in the evening, saying “this situation enrages me.” “We look like little lambs,” joked another with a grimace.

“Today it is going a little faster, but Wednesday was incredible,” explained a Spanish worker. “Gibraltar is not to blame. It is the Spanish Government. They want Gibraltar to be Spanish. They should let Gibraltar be, we are fine as it is,” added his companion.

Once back on Spanish territory, after the formalities of presenting documents, two people from a religious community distributed leaflets with the question “What is behind the supernatural?”. Meanwhile, on the same sidewalk, the burning issue for those who cross the border every day was a variation on that theme: “What is beyond the Brexit?”

In recent weeks Gibraltar has witnessed longer queues of both people and vehicles, as well as an influx of TV news crews 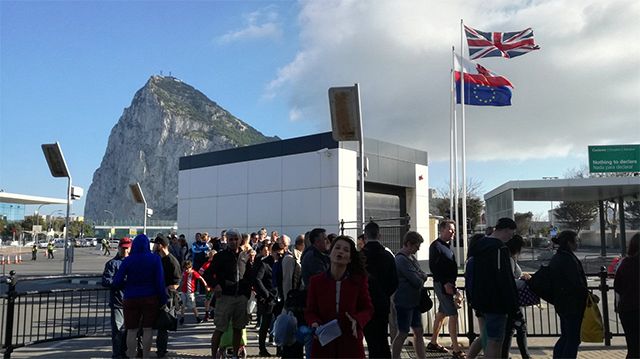 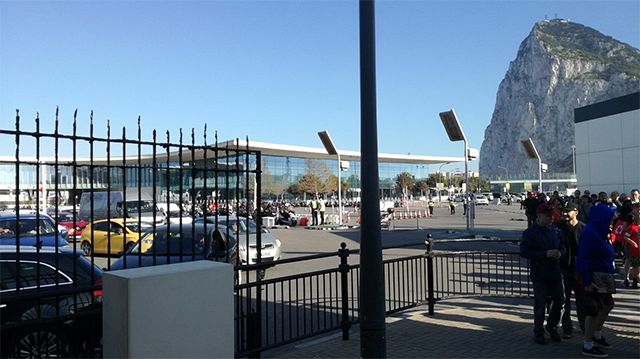 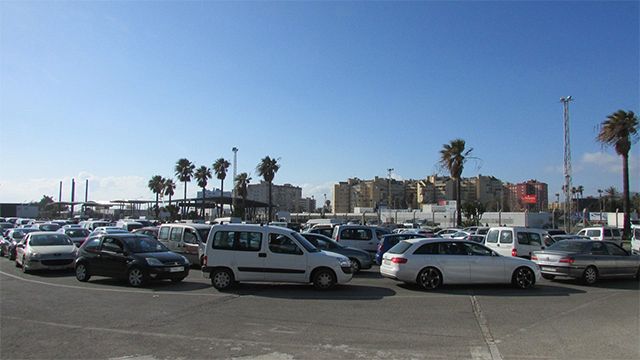