A Lithuanian political science professor claims to have found one of the few remaining original copies of his country’s declaration of independence forgotten in a Berlin archive.

Liudas Mazylis, a professor at Vytautas Magnus University in Kaunas Lithuania, found the document after an eight-month and self-financed search.

The find was hailed by Lithuanian authorities as the discovery of the country’s “birth certificate” and it sparked celebrations in the Baltic country which will mark its centenary anniversary next year.

“I was driven by an excitement of the possibility of finding such an important document, which was lost for so long,” Mazylis said to Reuters. 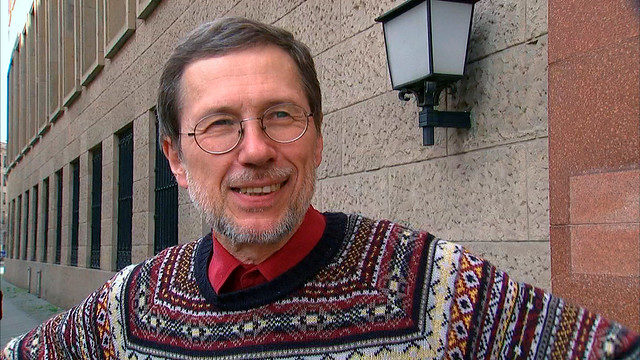 The 1918 document, long-thought lost to history, is said to have been found in the archives of Germany’s foreign ministry.

The authenticity of the document was confirmed by German foreign ministry officials.

“What a great find! This is perfect news for our Lithuanian friends,” the ministry said in a statement, according to Reuters. “We celebrate together with them.”

Exciting discovery in our political archive: documents from 1918 that contributed to #Lithuania’s independence. pic.twitter.com/DvdamLsrzY

Mazylis told France’s AFP news service his country’s declaration of independence was accompanied by a German-language version found inside a folder. On it, Mazylis told the AFP, are 20 “clearly original” signatures.

Lithuanian President Dalia Grybauskaite praised the find saying it was the “best gift, the best monument to our centenary.”

Grybauskaite said she asked the German government for the document’s return.

Historians thought there existed three copies of the document. One meant for each the German and Russian governments.

But Lithuanian officials lost track of its copy during the turmoil which affected the Baltics immediately following the Great War.

Lithuania’s embassy in Germany posted a thank you message to Germany for conserving, perhaps unknowingly, the original copy of Lithuania’s founding document.

Although Lithuania became an independent country in 1990, when it broke away from the Soviet Union, it traces its original nationhood back to 1918.

The German military at the time occupied the territory and Lithuania was established with Berlin’s approval. The declaration of independence was signed February 16, 1918.

According to Reuters, MG Baltic, a Lithuanian business group, offered a one million euro reward for the discovery of the document to be paid once it is returned to Vilnius.