Hungary advanced to the Euro 2016 knockout phase as Group F winners, while Portugal also progressed but in third place after the pair played out an entertaining 3-3 draw in their final group match in Lyon.

Zoltan Gera fired Hungary into the lead on 19 minutes with a fantastic long-range strike.

Nani levelled the score on 42 minutes for his second goal of the tournament.

Hungary and Portugal captains Balazs Dzsudzsak and Cristiano Ronaldo then exchanged two goals each in the space of 15 crazy second half-minutes to eventually share the spoils.

Portugal’s draw would have been good enough to secure second place in the group as when their full-time whistle blew Iceland were all square with Austria at 1-1.

But as Ronaldo and company were walking off the pitch in Lyon, Arnor Traustason struck three minutes into added time to hand the Nordic nation a 2-1 win at the Stade de France in Paris.

The win leapfrogged the smallest nation in the tournament above Portugal and into the runners-up spot and through to the knockout stage in their first appearance in a major competition.

Jon Bodvarsson got Iceland in front on 18 minutes.

Austria defender Aleksandar Dragovic missed a penalty on 36 minutes only for Alessandro Schöpf to pick up the slack for his side driving home the equalizer on the hour mark.

As the added-time clock ticked down Traustason burst through to hit the winner to cap off a stunning group campaign for Lars Lagerback’s men.

Belgium confirmed their place in the Knockout phase of Euro 2016 after a 1-0 victory over Sweden saw the red devils claim the runners up spot in Group E.

In what has become a tradition at this competition the winner came late and it came in the form of Radja Nainggolan who blasted in a long range cracker on 84 minutes.

As Belgium head to the last 16 Sweden head home after what was Zlatan Ibrahimovic’s final game with his national team.

The Republic of Ireland brilliantly upset the odds to reach the last 16 as one of the best third placed teams when they beat Italy in their final group game in Lille.

And once again the winner came late on.

Robert Brady headed home on 85 minutes to send the Irish fans into wild celebration and Martin O’Neil’s men through.

Italy had already qualified for the knockout phase as Group winners.

What and who next

Switzerland and Poland kick-start the round of 16 on Saturday while that match is followed by Portugal v Croatia.

Wales and Northern Ireland continue their fairytale competition with a derby in Saturday’s late match while Hungary begin Sunday’s proceedings against Belgium.

The bottom half of the draw is, quite frankly, ridiculously…well…bottom heavy.

Germany take on Slovakia with the winners to face either on Italy or Spain who play on Monday in a repeat of the 2012 final.

Hosts France and England are on a potential quarter-final collision course.

‘Les Blues’ square off with the Republic of Ireland in their last 16 tie while Roy Hodgson’s men face Iceland on Monday at the Allianz Riviera in Nice. 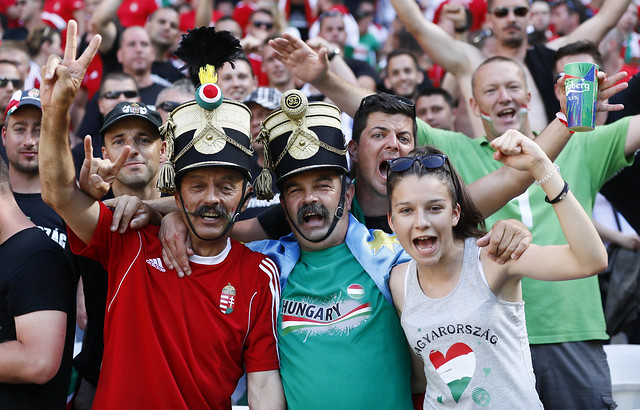