America and Israel are the sworn enemies of the Ansar Allah Movement, the Houthis.

One of the most important Israeli statements said that the Strait of Bab El Mandeb is more threatening to them than the Iranian nuclear programme.

The armed political-religious group is based in the city of Saada in northern Yemen. But in September 2014 the Houthis seized power in the capital Sanaa.

With Sanaa captured the group took control of the country but only until an alliance of Arab powers forced them to withdraw from the southern cities. That limited the Houthis’ sphere of influence to the capital and the cities in the north.
The group, with its motto “Death to America! Death to Israel! Victory to Islam!”, believes it is leading a popular revolution against what it sees as the corrupt regime of the President Abd Rabbuh Mansur Hadi. But some Arab and European countries describe the Houthis’ actions as a “coup” against the legitimacy of the elected president.

Yemen is geo-strategic because of the Bab al-Mandeb strait which links the Red Sea with the Indian Ocean, and is a critical seaway for many oil tankers.

Euronews met one of the most important leaders of the Ansar Allah movement, Mohamed Ali Al Houthi, who heads the revolutionary committee, which is the highest leading authority in Yemen. He rejected suggestions his movement is a puppet force in the hands of Tehran and insisted that its true opponents are Israel and the United States of America.
“Israeli Prime Minister Benjamin Netanyahu spoke with the US congress about the serious danger of the situation in Sanaa, and what he called the Houthi rebels getting into the Yemeni capital. This was followed by western statements expressing their concern about the situation in Yemen.

“One of the most important Israeli statements said that the Strait of Bab El Mandeb is more threatening to them than the Iranian nuclear programme, and with that statement the real target of this war against us was revealed. All the reasons and justifications that have been said, like our relations with Iran and us being a part of their plan to expand in the region has been simply proven incorrect,” he said.

Despite the intensive airstrikes launched by the Saudi-led Arab Allies against Houthis, they still have a tight grip over the capital Sanaa after they took over government departments, the military and financial institutions.
The Houthis’ reportedly control at least 70% of the Yemen’s military capability, in addition to running civil and military airports.

These three pictures were taken by Euronews correspondent Mohammed Shaikhibrahim of a demonstration where the Houthis pretend to capture a US soldier. 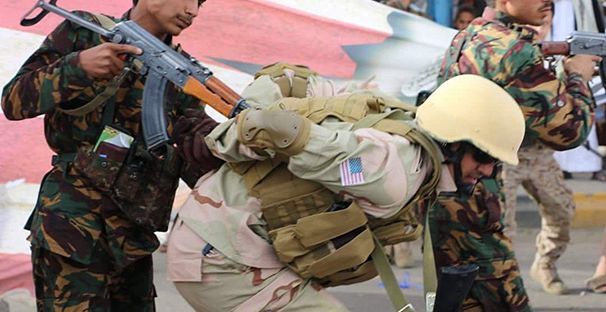 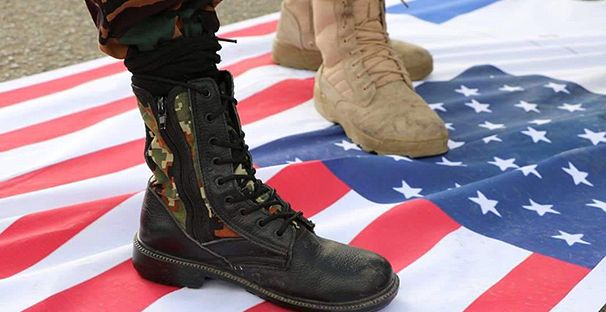 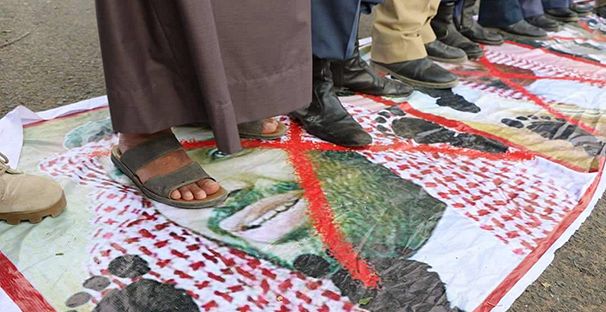