Each day since the start of the year around 2,000 migrants have arrived on the Greek coast. At this rate the numbers for those who made the perilous sea journey since January 2015 could top the one million mark by the middle of this month.

Many have waited for days on the shores of Turkey – in places just eight kilometres from the Greek island of Lesbos. More and more women and children – some of them very young – are crossing by sea. They board inflatable dingies, sometimes small with not enough seats for everyone which increases the risk of the craft capsizing.

According to the International Organisation for Migration, nearly 130,000 arrived by sea to Greece and Italy this year. Four hundred and eighteen people have perished or disappeared.

A higher number have landed in Greece than Italy. The Mediterranean crossing from Libya is more dangerous than using the Aegean.

It is a small consolation but the 418 deaths since the start of the year are slightly less than in the same period in 2015. But in the first nine weeks of this year 77 children died when crossing the Aegean. That works out at more than one death each day.

It is just over three months since Turkey and European leaders struck a deal to try and control the flow of migrants to Europe. But still they are crossing the Aegean.

In early February German Chancellor met with Turkish Prime Minister Ahmet Davutoglu and other officials. Turkey is central to Merkel’s diplomatic efforts to reduce the flow of migrants.

Three days later and despite reported earlier reticence from Greece all 28 NATO defence ministers gave the green light for a surveillance operation in the Aegean Sea.

“This is not about stopping or pushing back refugee boats. NATO will contribute critical information and surveillance to help counter human trafficking and criminal networks,” told reporters.

The NATO mission will be carried out in cooperation with the coastguard but at the moment the three ships which have been sent there have not been deployed in Turkish territorial waters. The mission is on hold with, it’s understood negotiations between Turkey and NATO still ongoing. The issue of operating in this area is a sensitive one between Turkey and Greece.

‘Mr Reid can you give us a sense of the specific challenges for search and rescue teams in the Southern and Eastern Mediterranean?”

Bruce Reid: “Yes. I think what we are seeing in the Mediterranean at the moment is pretty unprecedented when it comes to maritime search and rescue with large numbers of people looking to move across the water in vessels that are unstable, tend to be overloaded and are really pushing the rescue services to the limit.”

euronews: “You want to help governments and agencies to improve and integrate rescue provision and to build capacity. That of course will have to be done in a legal context. How difficult will that be?”

Bruce Reid: “The main thing that people need to be aware of particularly the Non Government Organisations heading into these waters is the country is responsible for those waters.

‘They have a statutory responsibility for search and rescue and the maritime space so any activity that is being undertaken needs to be coordinated within those frameworks and that’s an area we are working on with the NGOs to make sure they are closely linked with the likes of the Hellenic Coastguard who understand what they are doing.

‘They appreciate they are doing that in a professional manner which is the key. We need to make sure the rescuers are kept safe as well as those who are being rescued.”

euronews: “There is a strong argument that the focus of resources should be put at cutting off the problem at source.”

Bruce Reid “Our key is to make sure that if those people continue to come across the water- which we expect they will probably up to a million this year coming across the Aegean Sea – we want to make sure there is a capability to respond when people are in distress.

‘So we are undertaking a mission if you like with our NGOs to help develop the Hellenic rescue team’s capability to respond. We are looking for up to 10 to 12 boats being donated in the next 12 months with training, with equipment so those communities can respond.”

euronews: “With almost daily images now of what is happening on the Greek border and at Calais too – has the plight of those attempting to cross by sea slipped off the agenda?”

Bruce Reid: “This is the big risk we have here because at the moment, you are right we are not hearing about the number of people being rescued down in the Mediterranean. We need to maintain a focus that’s the reason we have put this project together working with our NGOs to go down and help build the capability of the search and rescue volunteer rescue services down there.

‘If we don’t do it, if we can’t maintain the profile of what’s happening down there, the media gets interested elsewhere and this tragedy that happens down there will continue. So we need to make sure there is a continuing focus on the work that is being done there, the need for continued efforts to build the capability of the rescue services in the Aegean Sea and the waters off Libya because otherwise these people will be forgotten. These are real people many of them losing their lives making this trip.” 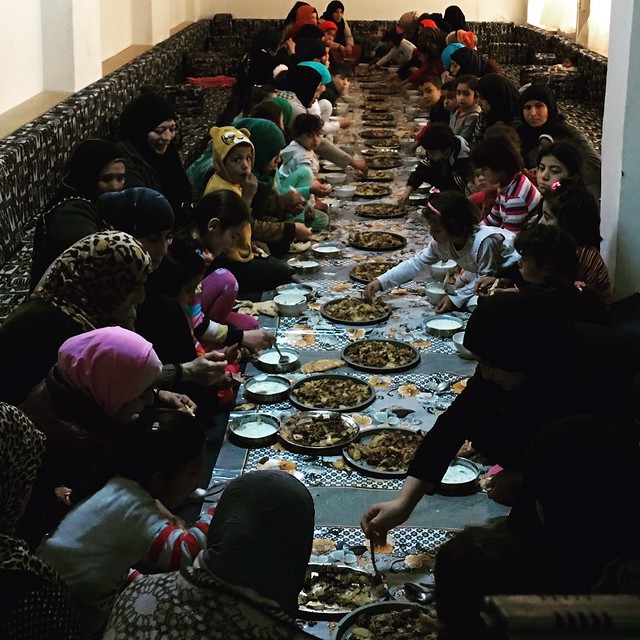