Rebel forces in Yemen have accused a Saudi-led coalition of targeting a market near the capital, Sanaa.

At least 40 people died in the attack. Dozens have been injured. 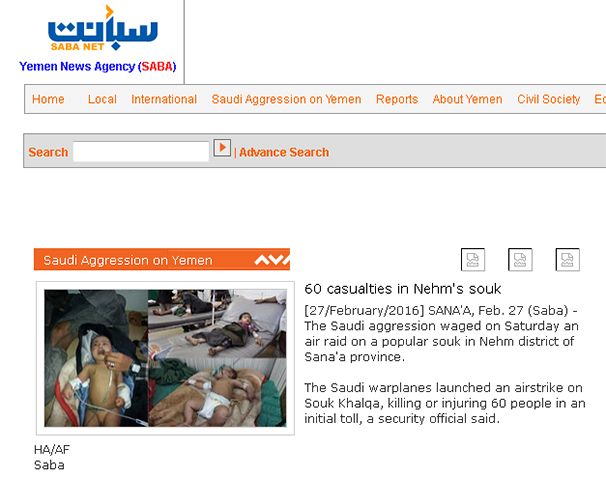 There has been no comment so far from the coalition.

The Saudi-led alliance is fighting the shi’ite Houthis, as well as forces loyal to former president Ali Abdullah Saleh.

They want to drive the rebels back and restore the internationally-recognised government of President Abd-Rabbu Mansour Hadi.

The conflict began after Houthi rebels advanced on the southern port of Aden, where Hadi was based.

The Houthis and Saleh accuse the coalition of launching a war of aggression.

Why is Saudi Arabia involved?

Saudi Arabia sees the Houthis as a proxy for Iran, its main regional adversary.

How many have been killed in the fighting?

The UN says nearly 6,000 people have died as a result of the conflict so far.

In addition, hundreds of thousands have been displaced.