Angelique Kerber became the first German to win a grand slam title since her childhood idol Steffi Graf in 1999 when she upset world number one Serena Williams 6-4 3-6 6-4 to clinch the Australian Open on Saturday.

The 34-year-old American had been seeking her seventh Melbourne Park title and 22nd overall, which would have moved her into a tie with Graf for the most grand slam singles titles in the Open era.

The seventh seeded Kerber, however, was not overawed by the occasion of her first grand slam final, breaking twice in the first set as Williams made 23 unforced errors. 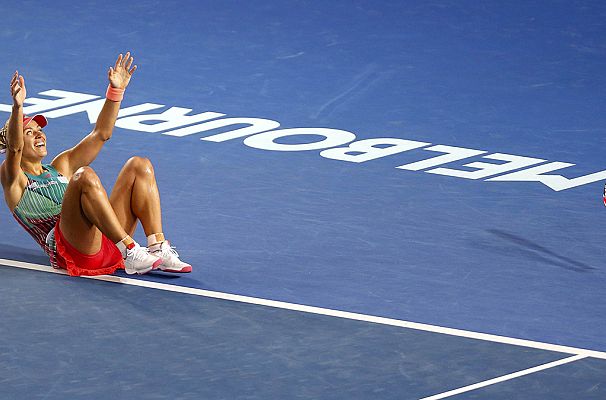 Williams cut down on the errors to send it into a third, which Kerber, who had the opportunity to serve it out while leading 5-3 only for the American to battle back, clinched when Williams hit a volley long in the next game.

The opening salvo had looked ominous as Williams raced through the first game to love and then put pressure on the German, who was down 15-30 after a double fault but managed to suppress any demons she may have had and held on.

The 28-year-old German then played superb defensive tennis against the powerful Williams, scrambling to force her to play an extra shot that ultimately contributed to 23 unforced errors from the American in the first set.

Those errors and a lack of timing on several potential winners enabled the German to break again in the seventh game and then seal the first set in 39 minutes when Williams made another unforced error. 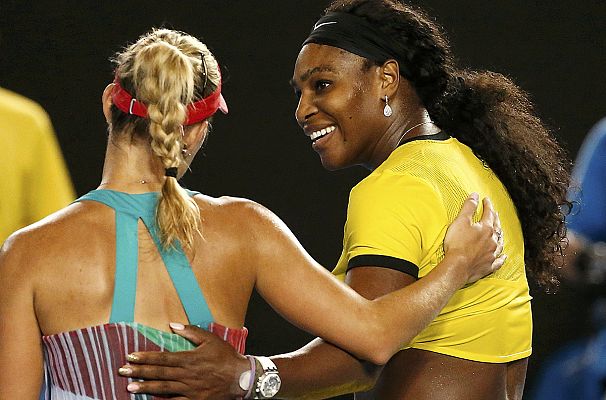 The pair held serve in the opening two games of the second set before Williams began to get her timing back and made less errors as she raced out to a 4-1 lead, though the concerned look she shot her supporters in the players’ box suggested she had been battling to work the German out.

Williams sent the match into a decider when Kerber hit an easy forehand into the net to clinch the second set.

Both players suffered early breaks in the third set but the championship appeared to have tipped in the German’s favour in a marathon sixth game when she finally converted her fifth break point to take a 4-2 lead.

She extended that to 5-2 and was serving for the title at 5-3 before Williams fought back, though the inspired German was able to clinch her first grand slam and then collapse onto the court in jubilation.