A pearl-studded dress that was one of the fashion highlights from this year’s Oscars has been stolen, say police.

Police say the dress, embellished with 6,000 white pearls, was taken from Nyong’o‘s hotel room in West Hollywood on Wednesday (Febraury 25).

Los Angeles County Sheriff’s Department said Nyong’o was not in her room at the London Hotel at the time of the theft.

The dress, custom designed by Francisco Costa, was one of the stand-outs on the red carpet at last Sunday’s Oscars. 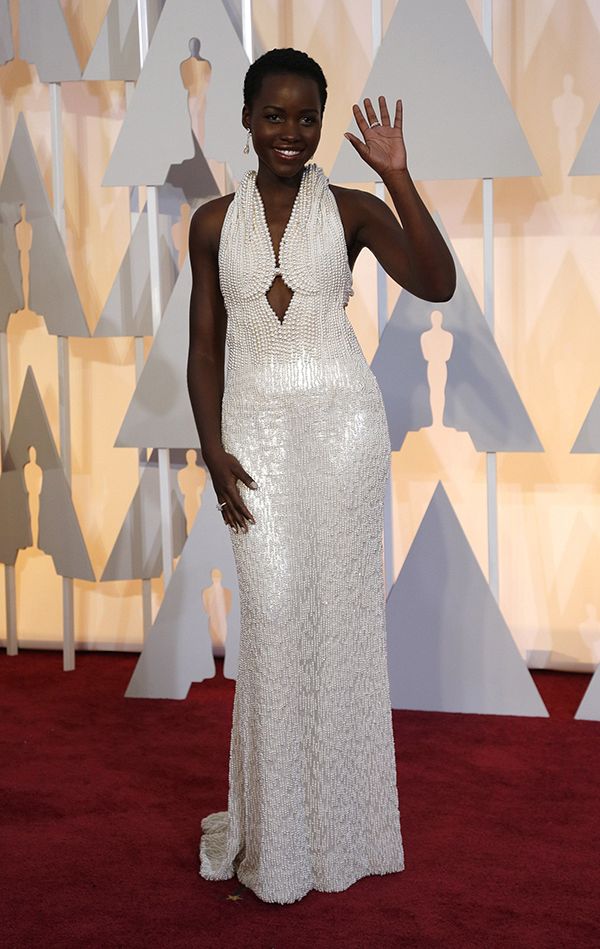 Nyong’o told Reuters she had helped with the design of the one-of-a-kind gown, influenced by the ocean.

Nyong’o, 31, won a best supporting actress Oscar in 2014 for her role in 12 Years a Slave and is closely watched for her fashion choices.

She presented the award for best supporting actor at this year’s Oscars ceremony.