There have been scenes of distress and anger among waiting relatives in Indonesia, as officials confirmed that bodies and wreckage from a missing AirAsia flight had been located.

More than 40 bodies have so far been retrieved from the Java Sea, off the coast of Borneo island, and operations are still underway to look for more bodies.

Relatives of the more than 160 people on board broke down when pictures from the crash site were broadcast on national television.

The images showed floating bodies, luggage and other debris from the aircraft.

There is no word of any survivors being found. 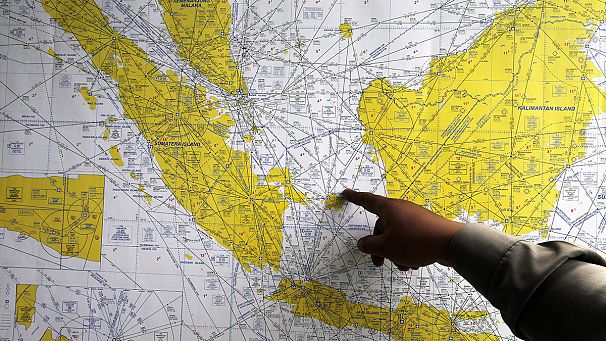 The debris and the bodies are being taken to a military facility for further examination, as investigators also try to locate the flight recorders.

The wreckage was spotted close to where the missing plane disappeared off radar screens on Sunday, with 162 people on board.

Most of the passengers were Indonesian, but also included one UK national, a Malaysian and people from Singapore and South Korea.

At a crisis centre set up at the airport in Surabaya, families of those on board watched in distress as the pictures of the wreckage and bodies were broadcast on Indonesian television.

The president said his thoughts were with the families of those who have lost loved ones and said the priority now was to recover everything possible from the crash site.