Juncker’s line-up included some surprises after weeks of speculation in Brussels.

The former Luxembourg premier said political experience was paramount to become a commissioner, so that’s why he has named a number of ex-prime ministers on his team.

“I wanted former leaders, ex-ministers who know the job, who know the Council, the Parliament, who know about public opinion. This will be a very political Commission.”

“I know Mr. Moscovici very well. We were on the Eurogroup together and he knows Europe well, good knowledge of France. He’ll have a lot of work in France with regards to France,” said Juncker.

It’s a victory for a country worried about EU regulation hurting the City of London.

“I think he is the man for the job. What’s more I wanted to give the UK an important position, as I didn’t want to seen to be settling scores with Britain over the inelegant way the British PM opposed my appointment at the head of the Commission,” Juncker added.

Juncker’s team of 27 commissioners will now need to be approved by the European Parliament.

They’ll each have to take part in hearings with MEPs, who can block appointments they disagree with.

If confirmed, the next EU executive will take over on the first of November.

President of the European Commission 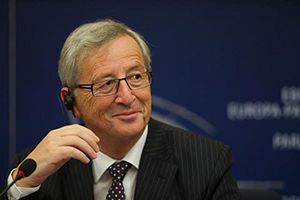 *Frans Timmermans* _(The Netherlands)_
First Vice-President
Better Regulation, Inter-Institutional Relations, the Rule of Law and the Charter of Fundamental Rights

Members of the Commission