In a sign of the times in Turkey, four MPs from the Islamist-rooted ruling AK party have worn Islamic head scarves in parliament.

Secularist opponents made only subdued protests, a far cry from chaotic scenes 14 years ago, the last time an MP tried to do the same.

It comes just weeks after the AK party lifted a ban on women wearing the head scarf in state institutions.

Pervin Buldan, an MP from the Kurdish Democratic Society Party, supports the developments.

She was applauded in the chamber as she said:
“I have to express my gratitude that one of Turkey’s most important problems, the headscarf issue, has been solved today, here under the roof of the Turkish parliament.”

Supporters of Recep Tayyip Erdogan, whose wife also wears the head scarf, say he is simply restoring freedom of religious expression to a Muslim majority.But opponents accuse the prime minister of seeking votes at the next elections.

The head scarf is an emotive symbol in Turkey. For critics it is an emblem of political Islam and its appearance in public life an affront to the secular Turkish Republic and its founding father Mustafa Kemal Ataturk. 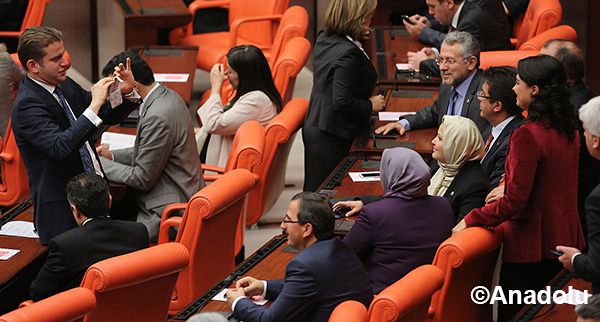 While there are no specific restrictions on wearing the head scarf in parliament, opposition from secularists as well as a ban in other state institutions, which was lifted this month, have previously deterred women from wearing them.

Turkey’s main opposition and secularist Republican People’s Party (CHP) has said it will contest the move. “All our members are in agreement, that is, we think the AKP is exploiting religion. We will never remain silent towards actions aimed at eliminating the principle of secularism,” CHP lawmaker Dilek Akagun Yilmaz told Reuters. 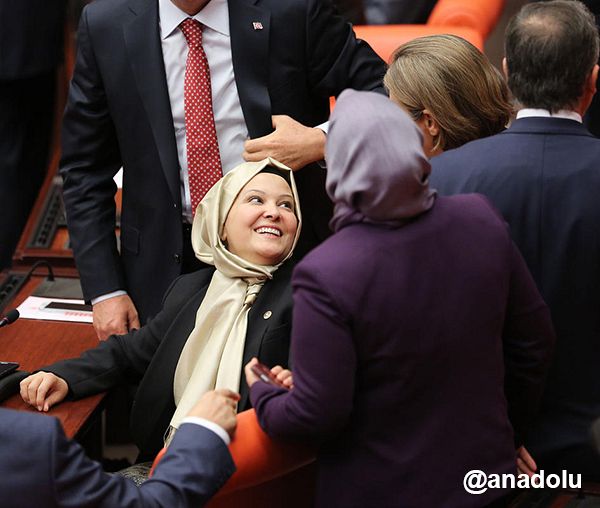 She said the party had agreed to show their opposition in a “graceful” manner, and it is unlikely parliament will witness a repeat of the chaotic scenes from 1999 when Merve Kavakci, an MP from the Islamist Virtue Party, a predecessor of AKP, wore her head scarf to a swearing-in ceremony.

Bulent Ecevit, the prime minister at the time, addressed the packed assembly, saying: “This is not the place to challenge the state. Inform this woman of her limits!”, while half the chamber stood shouting: “Get out! Get out!” to the seated Kavakci.

The assembly was adjourned and Kavakci was forced to leave the chamber without taking her oath. She was later stripped of her Turkish citizenship after she was found to have taken dual American citizenship without informing the authorities. The Virtue Party was closed down in 2001 for violating the secularist articles of the constitution and several lawmakers, including Kavakci, were banned from politics for five years.

Nazli Ilicak, then a fellow Virtue Party lawmaker who was sitting next to Kavakci in parliament before she was expelled, welcomed the AKP MPs’ decision and said she did not expect a repeat of 1999. “This is a positive development. I don’t think there will be similar scenes to the Kavakci incident. People are now a little embarrassed about what they did in the past,” Ilicak said. 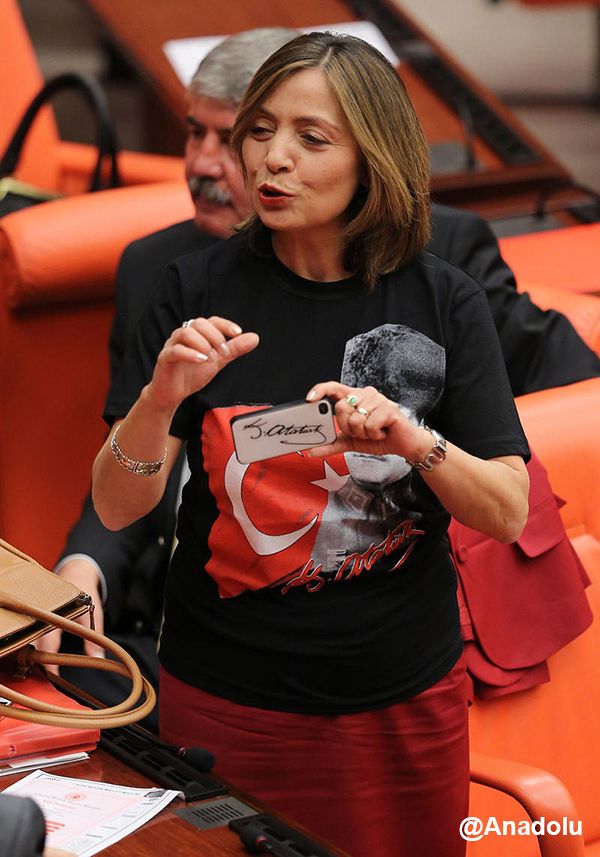 The lawmakers’ announcements come only weeks after the AKP lifted a decades-old ban on women wearing the head scarf in state institutions as part of a package of reforms the government says are meant to improve democracy. But the debate around the head scarf goes to the heart of tensions between religious and secular elites, a fault line in Turkish public life. Restrictions on head scarves at universities have already been eased under the AKP and critics of Prime Minister Tayyip Erdogan point to this and other policies such as restrictions the sale of alcohol as proof his party is seeking to erode the secular order of the republic built on the ruins of an Ottoman theocracy by Ataturk in 1923.

Supporters of Erdogan, whose wife also wears the head scarf, particularly in Turkey’s pious Anatolian heartlands, say the Turkish leader is simply redressing the balance and restoring freedom of religious expression to a Muslim majority. Erdogan called on lawmakers to respect the decision.

“There is no by-law in parliament that prevents this and everyone must respect the decision taken by our sisters on this subject. They have been elected by the nation and are representatives of the nation in parliament,” he said.

Some opponents have criticised the timing of the decisions, saying they were aimed at garnering support ahead of an election cycle, an accusation dismissed by Dalbudak who said it had been based solely on personal belief. “I am very happy and proud because I am completing one of the foremost duties required of me. I am experiencing an inner peace because of this,” she said. “This has nothing to do with investing in an election.”