Further evidence of water on the moon’s surface has been uncovered by NASA-funded scientists.

NASA’s Moon Mineralogy Mapper detected the water, which is the first discovery of its kind from lunar orbit. Locked in mineral grains, this magmatic water is thought to have originated from an unknown source deep below the surface of the moon.

According to researchers, the findings confirm recent analyses on rock extracted from the moon during the Apollo program: “Now that we have detected water that is likely from the interior of the moon, we can start to compare this water with other characteristics of the lunar surface,” study lead author Rachel Klima said in a statement.

“This internal magmatic water also provides clues about the moon’s volcanic processes and internal composition, which helps us address questions about how the moon formed, and how magmatic processes changed as it cooled,” she added. 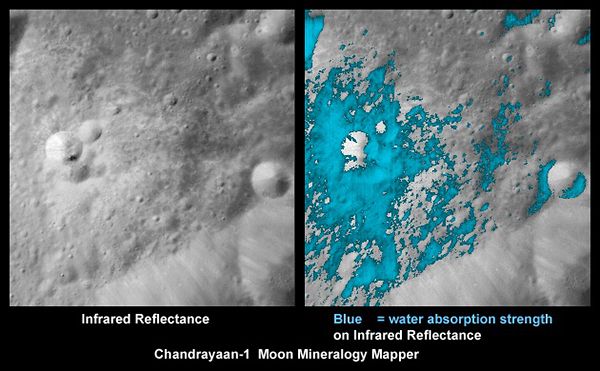 The detection of internal water from orbit will also allow scientists to test findings from the so-called “dark side of the moon”, far from where the Apollo spaceships landed four decades ago. Researchers had formerly believed that the rocks from the moon were bone dry and any water detected in the Apollo samples must have been due to contamination from Earth.