Six years of war in Syria, 3.1 million refugees in Turkey

Four hundred and six-five thousand Syrians are reported to have been killed or missing in Syria’s six-year civil war. Nearly one-quarter of these are presumed to be civilians. There are 5.5 million Syrian refugees in the world. 3.1 million are registered in Turkey, which is the first refugee-host country in the world.

Sanliurfa is a city of two million people in the South East of Turkey. This historical and tourist town is also one of the main arrival hubs in the region for Syrian refugees. It is situated about 50 kilometres from the border.

Over one-quarter of its population, 550,000 people, are registered as Syrian refugees.

Fadi is from Raqqa, and has lived in Sanliurfa for the past two years.

“Life was normal before the war in Syria,” explains Fadi. “I worked as a taxi driver, I lived with my family and relatives. But when the war started I saw bombings, air strikes and some things that nobody should see. I decided to come here to Turkey”.

What is the EU doing to support refugees in Turkey?

The debit card Fadi is using is part of the Emergency Social Safety Net programme. This is an EU cash-based programme which is now supporting nearly one million of the most vulnerable refugees in Turkey . Launched a year ago, it is the biggest humanitarian aid project the EU has ever funded.

Compared with other forms of aid, this card gives refugees the freedom to spend the money as they choose.

“I took 100 TL (nearly 25 euros)” – adds Fadi – “I prefer to withdraw the money so that I know exactly how much I can spend. I can take these kinds of items and this money lasts about one week.”

Syrian nationals in Turkey are not officially recognised as refugees. They are given temporary protection status with limited rights, including regulated access to the labour market. Contrary to belief, most of them don’t get benefits, only the most vulnerable are helped.

#Turkey is the 1st refugee host country worldwide. 3.1M #Syrians live here. ~1M get by with the help of #ESSN EU Project, based on cash aid. pic.twitter.com/R8mpzCkqFs

“90% of the refugees here in Turkey don’t live in refugee camps, but are in urban centres, usually in the suburbs, like here. Having an address, however shabby, with a roof over their heads, potentially means having access to a wider range of aid,” reports our euronews correspondant Monica Pinna.

#Syrian refugees in #Turkey. 2 families, 2 ways of getting by. How Humanitarian aid has become made-to-measure to support different needs. pic.twitter.com/3G55R7EMri

Suriyye, 40 years old, is a mother of seven. She lives in an abandoned shop, which is legally recognised as a housing residence. The card helps her pay for food, electricity bills and the 20 euros monthly rent.

“Before, I worked on the cotton farms with my brother and I had to leave my daughters in the tent,” says Suriyye. “I got the card seven months ago. Since I got the card I could stop working and take care of them.”

The UN’s World Food Programme and its partners support about 120,000 people in the province of Sanliurfa. Systematic monitoring is crucial to determine if families are still eligible for the card and how they are spending the money. 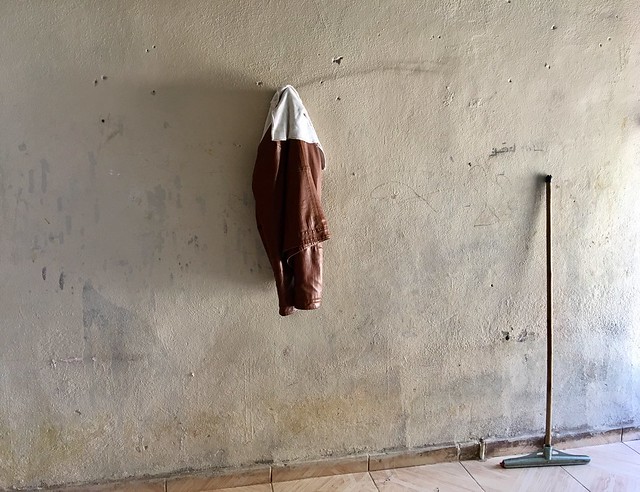 “Getting this information is important because it means we can obviously correct any mistakes that have been made, explains WFP’s Martin Penner. “But also we are gathering data, so that we can make any necessary adjustments in the programme on a structural level.”

The Emergency Social Safety Net programme aims at reaching 1.3 million refugees by the end of the year. Financed by the EU Humanitarian Aid Office, it is implemented by the World Food Programme, hand in hand with the Turkish Red Crescent and the Government of Turkey.

#AidZone team on the road again! We are in #Turkey next to the #Syrian border. Checking how technology can help refugees. #ESSN cards pic.twitter.com/NVvXGB9pxt

“This project brings together the international humanitarian principles and the effectiveness of the existing state structures,” reveals Mathias Eick from EU Humanitarian Aid. “So this has enabled us to develop a very effective project on such a large scale so quickly. This card can be a platform for different kinds of aid that we want to give to the beneficiaries. So that we can provide cash assistance to children who are going to school, or for special events. This really breaks the mould of traditional humanitarian assistance.”

Refugees such as Fadi represent over 30% of the Syrian refugee population now receiving regular social assistance in Turkey.