MEPS sitting in Strasbourg have voted to strip Marine Le Pen of her parliamentary immunity.

The vote by the full chamber comes a decision taken by a parliamentary committee earlier this week.

What is the issue?

Le Pen, who is a member of the European Parliament as well as being French presidential candidate, is under investigation in France for posting three graphic images of ISIL executions on Twitter in 2015. They included the beheading of the US journalist James Foley.

What happened on Tuesday?

Lawmakers voted “overwhelmingly” to lift the EU parliamentary immunity of the French presidential candidate for tweeting the pictures.

Responding to a request from the French judiciary, representatives in the legal affairs committee voted to lift her immunity.

Le Pen’s immunity shields her from prosecution. Lifting it would pave the way for legal action to be taken against her.

The offence being considered is “publishing violent images,” which under certain circumstances can carry a penalty of three years in prison and a fine of 75,000 euros.

Is this the first time Le Pen’s immunity has been lifted?

It was lifted once before in 2013. She was then prosecuted in 2015 with “incitement to discrimination over people’s religious beliefs”, for comparing Muslims praying in public to the Nazi occupation of France during the Second World War. Prosecutors eventually recommended the charges be dropped. 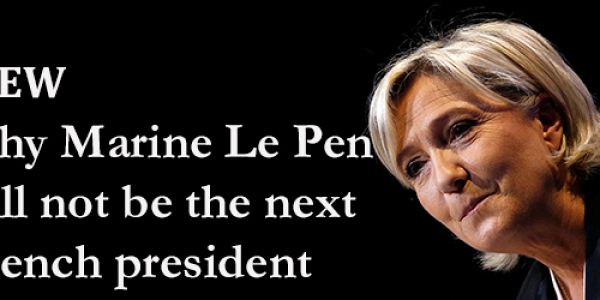