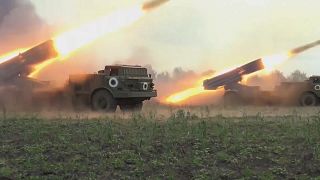 The Russian Defense Ministry released footage on Wednesday of what it said were Uragan multiple rocket launchers firing rounds.