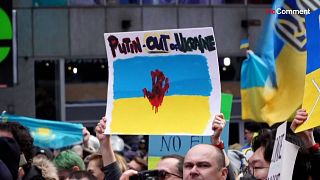 As Russia's war on Ukraine entered Day 10, Ukrainian President Volodymyr Zelenskyy made an urgent desperate plea to US Senators on Saturday to help his country get more planes.

The plea comes as Russian forces continued to batter strategic locations with missiles and artillery and after NATO's refusal to impose a no-fly zone.

Russian President Vladimir Putin meanwhile took aim at such a proposal, saying that Moscow would consider any third-party declaration of a no-fly zone over Ukraine as "participation in the armed conflict."