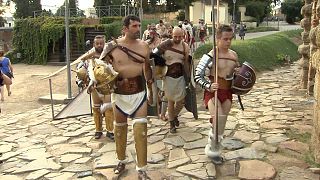 Every year, Mérida re-enacts its Roman past by holding Emerita Lvdica, an event in which the city goes back to the 1st century AD, when the Romans lived in the city.

The people of the city help to organise this event, which includes many different activities, such as reenactments, a Roman market, gladiator fights, legionaries marching, a fashion show with clothing from Roman times, and theatre.

Another interesting event during Emerita Lvdica is the Roman "Noche en blanco" ("Sleepless Night"), in which locals and tourists can visit the monuments until the early hours of the morning.

The Roman bridge, the citadel, Diana's temple, the National Museum of Roman Art, the amphitheatre and other places are the setting for this reenactment in which gods and mortals will once again walk the streets of Mérida.