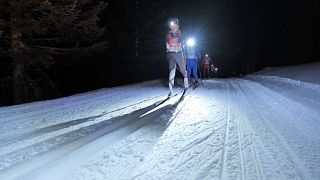 The South Tyrol Moonlight Classic is a unique event that sees hundreds of cross-country skiing enthusiasts gather in Alpe di Siusi. They are lured both by the idea of skiing under the moonlight and by the prestige that the contest has acquired over the years. The race also attracts a selection of great athletes who compete against each other.

Friday, February 7th evening saw the 14th edition, and there were more than 364 cross-country skiers from 20 countries at the starting line: they could choose one of two routes, namely the 30 and 15 kilometres, both of which were illuminated by the full moon and by dozens of lit torches.

The 30-kilometre circular route started and finished at Compaccio at an altitude of 1,843 metres.

Giandomenico Salvadori (ITA) with a time of 1:18.27 and Justyna Kowalczyk (POL) took the honours in Italy's most atmospheric cross-country skiing event. These two won the 14th edition of the 30-kilometre version of the race, while the winners in the 15-kilometre race were Matteo Tanel and the Michaela Patscheider.

The winner in the equally fascinating 15-kilometre version of the race was the Matteo Tanel (ITA) with a time of 37.50 beating Riccardo Mich (ITA) and Florian Cappello (ITA).

The first woman to complete the race was Michaela Patscheider, followed by Agata Marchi and Caterina Piller.