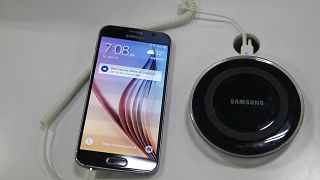 MEPs demanded on Thursday that the EU adopts a universal charger standard for mobile phones across the bloc, setting up a clash with Apple which opposes the measure.

A non-binding resolution voted 582 in favour and 40 against called on the European Commission "to present and publish without further delay the results of the impact assessment on the introduction of a common charger for mobile telephones and other compatible devices with a view to proposing mandatory provisions."

"The present oversupply of chargers (...) causes excessive costs and inconvenience to consumers and an unnecessary environmental footprint", the text said.

There is, therefore, an “urgent need for EU regulatory action”, the text added, calling for measures "by July 2020".

The idea of a single charger was launched in 2009 by the European Commission and was met with reluctance from the mobile phone industry from the outset.

The number of charger types has however dropped substantially in the past 10 years, from 30 to three today, European Commissioner Maros Sefcovic recently told MEPs.

Sefcovic promised that the Commission would address the issue via "a combination of policy options including regulatory and non-regulatory measures".

But mobile phone giant Apple is opposed to the idea of a universal charger.

“We believe regulation that forces conformity across the type of connector built into all smartphones stifles innovation rather than encouraging it, and would harm consumers in Europe and the economy as a whole,” Apple said in a statement last week.

The EU Commission is due to publish "in the coming days" a "study to assess the situation", a spokesperson said.

According to MEPs, an estimated 50 million tonnes of electronic waste is produced each year worldwide -- an average of more than 6 kg per person.