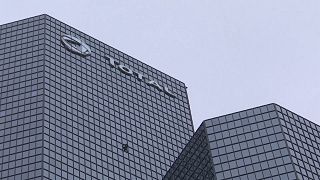 Robert said the cold weather made his fingers feel like "wooden sticks", complicating the climb. He added that "pensions are important" and that after decades of working, pensioners should be able "to maintain a decent level of life".

Following several weeks of protests in France on the government's proposed pension reforms, over the weekend French President Emmanuel Macron's prime minister offered to compromise on the most divisive part of the plan raising the age to be eligible for a full pension from 62 to 64.

But that major concession wasn't enough to satisfy unions, whose toughest members want the government to scrap the reform altogether.