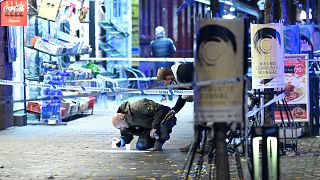 Swedish police have announced they are setting up a special task force to combat a wave of gang violence in cities across the country.

The country has seen a dramatic surge in the use of grenades and machine guns in gang-related incidents in the last twelve months, shattering its image as one of the safest countries in the world.

On Sunday a fifteen boy was fatally shot in the city of Malmo and another injured.

Mats Löfving, head of national police operations, said: "It is very rare that we use these special methods. There has to be an exceptional situation."

Löfving added that the Malmo shooting was "the straw that broke the camel's back".

"We saw a weekend in Malmö that is unacceptable, with an execution-like murder of a 15-year-old boy," he added.

Police said last week that they had dealt with more than 180 bomb attacks this year alone.

Therese Cedergren, a correspondent with Swedish national broadcaster TV4, said that despite Sweden's image of tranquillity, gang violence had plagued the south for many years.

Watch the full interview in the player above.