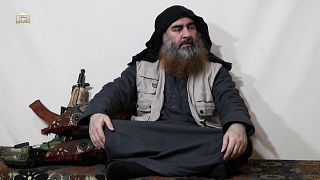 Fight against terrorism far from over despite al-Baghdadi death

Fight against terrorism far from over despite al-Baghdadi death

European leaders are warning that the fight against terrorism is far from being over following the death of Abu Bakr al-Baghdadi. The world's most wanted terrorist, and leader of the so-called Islamic