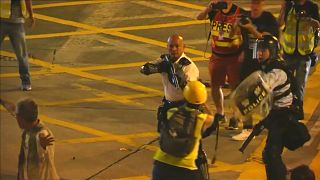 Protesters in fresh clashes with police in Hong Kong

They gathered outside the police station after authorities announced on Tuesday that 44 arrested protesters will appear in court on Wednesday (July 31).