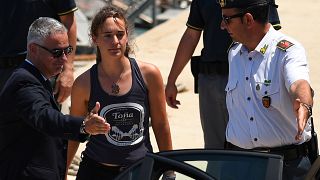 A demonstration, organised by Amnesty International, is planned in front of the Italian consulate.

Carola Rackete had been held under house arrest, after forcibly docking the ship at the port of Lampedusa against the wishes of the Italian government. However, she was freed by an Italian judge on Tuesday evening,

Authorities accused her of ramming a police boat as she brought the boat into port, while Rackete maintained that it was an accidental collision. A military order was issued that banned the Sea Watch from Italian waters.

The judge, Alessandra Vella, ruled that Rackete was "doing her duty saving human lives," which prompted Deputy Prime Minister Matteo Salvini to accuse Vella of being politically motivated in a video posted on social media.