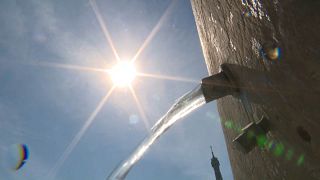 France’s National Assembly will start discussing its carbon emissions objectives this week. Under the new proposals, the country will set a 2050 target to be carbon neutral. It will also pledge to halve its reliance on nuclear energy by 2035 and close all its coal-fired power stations within three years.

Environmentalist groups say the proposed bill is too vague and does not go far enough. They believe reducing emissions by the middle of the century is too late.

The concept of carbon neutrality implies a drastic reduction of greenhouse gas emissions, but France is one of the most developed nations on the planet – and as a consequence one of the biggest polluters - and it would have to have to find ways of neutralising emissions as opposed to cut them completely in large parts of its economy. The agriculture and the industry sectors make up a huge part of the French economic output - reducing emissions in these areas could prove nearly impossible.

Carbon sinks could work as a possible solution, as they re-capture carbon dioxide sent into the atmosphere. Carbon sinks are, for example, forests and the soil, which naturally clean the air. However, there are not enough forests in France to re-capture the pollution created there. Artificial carbon sinks could be a viable alternative, but these cost money to build.

Ultimately, this draft bill by the French government aims to declare a climate emergency in the same way the UK’s House of Commons did last month. It is mostly a symbolic act and it happens at a time when the EU has not been able to agree on a clear carbon neutrality set of policies. Three Eastern countries refused to do so in an EU summit last week: Poland, Hungary, and the Czech Republic said they were ‘defending their national interests’ when refusing to allow an EU wide text on targets for carbon emissions to go ahead.